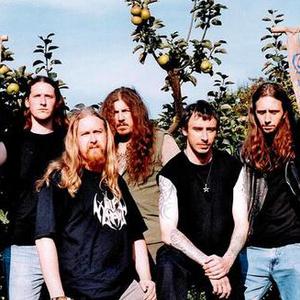 Formed in 1993, Waylander released their debut demo, Once Upon An Era, in early 1995. Mixing Irish folk music with extreme Metal. Waylander were soon dubbed Folk, Celtic and Pagan Metal. In 1996, with the addition of a full time tin-whistle player, Waylander released their 2nd demo, Dawning of a New Age, which soon gained Waylander a prominent position in the fledgling Folk Metal scene. This was cemented when Waylander signed to Century Media and in 1998, their debut album was released, entitled, Reawakening Pride Once Lost.

A handful of gigs were undertaken to promote this album but label problems and internal strife blunted the potential somewhat. After overcoming some line-up changes, Waylander signed with Blackend Records and released their, The Light, the Dark and the Endless Knot, album in early 2001. Again internal strife reared up, culminating in numerous line-up changes for several years. Despite this Waylander managed to perform some notable gigs, including Bloodstock Festival, Day of Darkness festival, as well as gigs with Ancient Rites, Cathedral, Return to the Sabbat and Skyforger. 2005 ? Joining original members, ArdChieftain O' Hagan [ vox] Michael Proctor [ bass ], and Den Ferran [ drums ] are Saul McMichael and Gareth Murdock on guitars. An album's worth of material is nearing completion. The plan is to record an album in 2006, with European gigs and tours already in the early planning stages. Waylander's debut album, Reawakening Pride Once Lost, has be re-released by Midhir Records on Cd and a forthcoming vinyl.