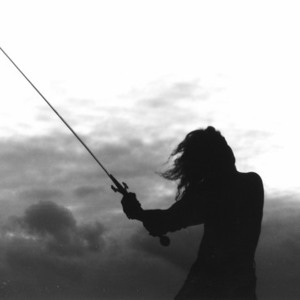 Summoning is an epic atmospheric black metal band from Vienna, Austria. Their style has been described as Tolkien black metal - not without reason, for the lyrics on most of the albums they have published deal with the mythological world of J.R.R. Tolkien. The notable exception being "Stronghold", which takes its lyrical content from many of Tolkien's poems rather than directly from his novels. Summoning was formed somewhere in 1993 by Silenius (Michael Gregor), Protector (Richard Lederer) and Trifixion (Alexander Trondl) who met in a pub they used to frequent.

Summoning was formed somewhere in 1993 by Silenius (Michael Gregor), Protector (Richard Lederer) and Trifixion (Alexander Trondl) who met in a pub they used to frequent. Before his activities in Summoning, Protector was playing drums in a thrash/death metal band Marlignom, that nearly got a record deal at Peaceville Records, however the band parted ways. His very first musical experience was a rock band at the age of 15 and a four year study of drums. The musical experience of Silenius was a doom metal band Shadow Vale (at 16 years old) and few years in music school studying piano. Before Summoning, Silenius was making music with Pazuzu (Raymond Wells) in a band Cromm (They made some demos that sounded like Abruptum, but never released anything else). Trifixion played in Pervertum.

Summoning made two demos ("Upon the Viking's Stallion" and "Anno Mortiri Domini"), promo tape for "Minas Morgul" and one or two tape samplers with Pazuzu and Cromm. Most of the songs from their demos were never released or were released in different versions.

The demos sold quite well in a record shop in Vienna, called "Why not". Some time later Silenius got in contact with T.T. (Thomas Tannenberger) who arranged an interview with Summoning for the local fanzine TAUB. They discussed a lot and T.T. mentioned that he wanted to form a band of his own, and gave Silenius a tape with some riffs. That was the birth of Abigor. They kept in contact and later Silenius replaced Rune (now singer of Amestigon) and did all vocals for future Abigor releases (except the demos) as a permanent Abigor member. As they recorded the first Abigor album ("Verw?stung / Invoke the Dark Age") for the young Napalm Records label, Silenius got in contact with Max from Napalm. They handled a deal with Summoning and soon Summoning's debut Lugburz was released on Napalm. At the time, the Summoning crew consisted of: Silenius - vocals, keyboards, bass; Protector - keyboards, guitar; Trifixion - drums; (Pazuzu made some additional vocals and wrote some lyrics). 1995 was a very creative year for Silenius and Protector, and allowed plenty of room for creativity. They were involved in several bands and projects, releasing: Summoning - "Lugburz" and "Minas Morgul"; Pazuzu - "And All Was Silent"; Grabesmond - "In Schwindendem Licht"; Die Verbannten Kinder Evas - "Die Verbannten Kinder Evas"; Abigor - "Nachthymnen"; Ice Ages - "Strike the Ground"; WeltenBrand - "Das Nachtvolk"; Sanguis et Cinis - "Schicksal".

After a long silence, Summoning exploded with new album "Stronghold" in May 1999, forcing everybody to open their eyes and clean their ears. The album was recorded in Nachtschatten studio which is the home-studio of Protector, and was engineered and mixed by members of the band themselves. Stronghold showed a new side of Summoning. On the new album, guest-singer Tania, who had also replaced Julia in Die Verbannten Kinder Evas, appeared in a song 'Where Hope and Daylight Die', which was surely a new step for Summoning. Silenius left Abigor (vocalist from Heidenreich replaced him) due to a lack of interest and change of style, and started to work on a new industrial project Kreuzweg Ost together with Martin Schrienk from Pungent Stench. Protector left Whispers in the Shadows, after a new album 'November' and recorded a new album titled 'In Darkness Let Me Dwell' with Die Verbannten Kinder Evas (released at 22 of November).

In the year 2001 the follow up "Let Mortal Heroes Sing Your Fame" was released. This release was a kind of combination between the old and new style of Summoning. The keyboard lines returned to a more epic and polyphonic sound again while the more complex and melodic guitar-style was more close to Stronghold. This time the band used more spoken-word samples to bring a more dramaturgic style to the songs and for the first time the band works with clear vocal choirs on the finishing song of the album called 'Farewell'. The lyrical concept again was totally based on Tolkien's Middle Earth concept, but for the first time it was combined with some lyrics from another great fantasy author named Michael Moorcock.

2006 saw the release of "Oath Bound", which consisted of all new material. The long break between the latest two albums was due to struggles in the band members' personal lives, along with a lack of ideas. This album featured a "relaxed arpeggio style" guitar sound, which the gave a more epic feeling to the sound. They also had better equipment available to them for this album and were able to create greater choir vocals than they had done before.

Summoning is in no way related or involved with any kind of NS or political movements, read: http://www.summoning.info/Stuff/PoliticalStatements.html

With Doom We Come