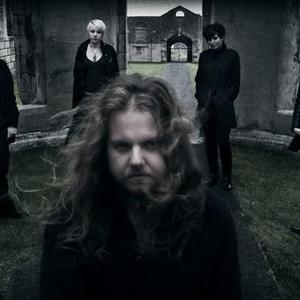 DARKEST ERA formed under the name Nemesis in mid 2005. They wrote their first song, 'Battle of Cul Dreimne' at their first full practice. The song had an unintentional Celtic leaning which was to permeate the band's writing from then on. Originally taking influence from early Iron Maiden, Thin Lizzy and Irish folk music, their self titled demo, Nemesis, was released in mid 2006. A collection of raw, energetic and twin guitar driven songs, it began to bring the band to the attention of the European true metal underground.

In April 2007, the band decided to change their name to DARKEST ERA; due mainly to the increasing number of bands using the Nemesis moniker, and also to reflect the changing direction of song writing. Influences from doom, black, and pagan metal crept their way into the band and songs became darker with a more epic leaning.

In the winter of 2007, the band entered the studio to record their 4 song debut EP 'The Journey Through Damnation'. In February 2008, a deal was signed with German label Eyes Like Snow, who produced a run of the EP and distributed it worldwide. The subsequent year saw the band step onto the international stage with hugely successful appearances at a number of European festivals including Fist Held High in Germany, Up the Hammers in Greece and Made in Hell in Italy.

In March 2010, the band announced a limited edition self released digi-pack entitled 'The Oaks Sessions'. Containing 3 songs, it once again ignited the interest of the European underground with many new fans from Australia and North America racing to snap up a copy.

In August 2010, DARKEST ERA announced that they had signed a worldwide deal with Metal Blade Records, and wasted no time in entering the studio to record their highly anticipated debut album. They travelled to Foel Studios in Wales at the end of August to lay down 8 tracks of dark, stormy, epic Celtic Metal with producer Chris Fielding at the helm.

The result is 'The Last Caress Of Light', a record which mixes the melancholy and atmosphere of Irish Folk with the epic might of heavy metal bands such as Warlord, Iron Maiden and Thin Lizzy. The album stands out from all else as a record of intense emotional power and honesty; holding the listener within a dark heavy metal storm and not letting go until the last chords have rung out.

With a now Europe-wide reputation for their intense, ferocious and engaging live performances, and an original sound which draws fans from the pagan, folk and true metal genres, DARKEST ERA stand ready to bring their epic, Celtic metal to the world stage.

The Last Caress Of Light

The Journey Through Damnation (EP)