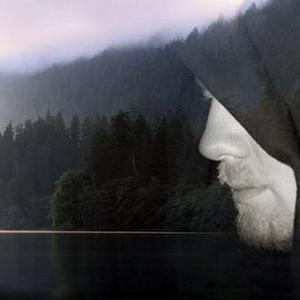 1991:
Vratyas started to play guitar in a band called "Crimson Gates". Two demos (unreleased) were recorded between 1991 and 1993 and two live performances took place. The band decided to split up in 1994.

1995:
The tape "Laeknishendr" was recorded and mixed, containing 6 old re-recorded tracks. In 1995 the recording session of Falkenbach's debut album "The Fireblade" began, due to heavy problems with the studio equipment Vratyas decided to stop the session a short while before the mix. "Heralding - The Fireblade" was later in 2005 completely recorded and released. In December 1995 Vratyas entered the Blue House Studio to start recording "...En Their Medh Riki Fara...".

2003:
After almost 6 years of silence Vratyas entered the TidalWave Studios in two sessions for the 3rd album "Ok Nefna Tysvar Ty...". The album contained 7 tracks and was released on November 3rd, 2003.

2005:
"Heralding - The Fireblade" meant to be released in 2004, finally available on 25th November 2005. This album took some old songs and remade them. The guitars were played louder and the voice got clearer.