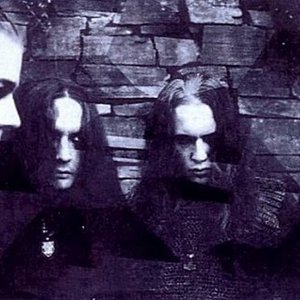 Emperor is an influential Norwegian black metal band that represents a synth laden, progressive yet brutally aggressive and chaotic part of the genre, something quite different from the minimalism of other originators of the Norwegian black metal sound (e.g. Darkthrone). The band was formed around the core members Samoth (Tomas Thormods?ter Haugen) and Ihsahn (Vegard Sverre Tveitan) of the death metal band Thou Shalt Suffer and bass player Mortiis (H?vard Ellefsen) in Notodden, Norway, 1991.

They released their critically acclaimed and widely influential debut In the Nightside Eclipse in 1994 after being joined by drummer Faust and having replaced Mortiis with Tchort on bass.

Around the same time as the release of the debut, most of the band's members are arrested on various accounts (drummer Faust for murder and arson, guitarist Samoth for arson and bassist Tchort for burglary).

Two years later, after Samoth's parole, the band released what many consider to be their landmark achievement, Anthems To The Welkin At Dusk, having invited Enslaved's Trym Torson (Kai Jonny Mosaker) to man the drums.

Emperor went on to release two more albums (IX Equilibrium in 1999 and Prometheus: The Discipline Of Fire and Demise in 2001) before splitting up in 2001. A live album titled Emperial Live Ceremony was also released in 2000 as both video (VHS / DVD) and CD. And, in addition, a "best of" double CD titled Scattered Ashes: A Decade Of Emperial Wrath was released in 2003.

They reunited in late 2005 for selected festival appearances throughout 2006 (most notably Inferno in Norway and Wacken Open Air in Germany) with Secthdamon of Myrkskog and Samoth's new band Zyklon as session bass player and Einar Solberg of Leprous on keyboards. In April of 2009 they released both the Inferno Festival and Wacken Open Air concerts as the Live Inferno album.

The last concert took place in Astoria, London on the 28th of October. Ihsahn stated that there might be yet another Emperor full-length release in the future, but from now on the band will be a side-project.

Prometheus The Discipline Of Fire & Demise