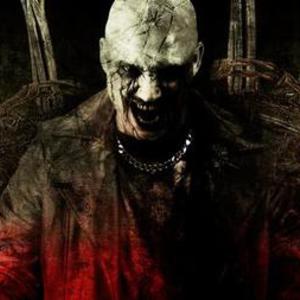 Old Man's Child is a Melodic Black Metal band formed in Oslo, Norway in the summer of 1993 when guitarist/vocalist Galder (originally known as Grusom), guitarist Jardar and drummer Tjodalv decided to form a band dedicated to classic death metal. They soon discovered their mutual love for extreme black metal and when ex-Dimmu Borgir bassist Brynjard Tristan joined their new musical direction was clear... a combination of classic thrash mixed with death metal and melodic black metal.

Their earlier albums are viking metal orientated, continuing through to symphonic black metal, whilst their later albums have a more groovier sound to them.

In November of 1994, the band entered the studio to record their 5-song demo, In The Shades Of Life, which gained the attention of Dimmu Borgir vocalist Shagrath's label Hot Records. The group instantly began working on their debut album, Born Of The Flickering, which made an impact on the exploding black metal scene. Its raw sound aroused the interests of Century Media who signed the band and reissued the album, giving the band a more international presence.

For the recording of 2000's Revelation 666: The Curse Of Damnation, Galder recruited original OMC guitarist Jardar, as well as guest drummer Tjodlav. Fresh from Dimmu Borgir, Tjodlav lent an imposing black metal feel to four of the album's eight tracks. In addition, the broad use of keyboards and atmospheric nuances added darker and more serious elements to OMC's sound. Peter T?gtgren engineered Revelation 666 and co-produced it with Galder in his famous Abyss Studios (Dimmu Borgir, Hypocrisy, Immortal). This record earned the band its highest accolades.

OLD MAN'S CHILD took a short hiatus when Galder joined black metal titans Dimmu Borgir in 2000. Nevertheless, the dark legions have come together once again and in 2002 Galder started work on In Defiance Of Existence. He was again joined by Jardar (guitars) to create another piece of atmospheric black metal in true OMC fashion. The only thing missing was a drummer that could match the intensity of both guitarists. He needed to look no further than his own Dimmu Borgir bandmate Nicholas Barker (ex-Cradle of Filth). Galder produced the album himself and it was recorded in Sweden's famous Studio Fredman (In Flames, Arch Enemy) together with engineer Fredrik Nordstr?m. There is also a guest appearance by Gus G. (Dream Evil), who provided guitar solos on two tracks. The combination of two skilled axe-wielders and a potent drummer is the signature of the Old Man's Child sound.

Slaves of the World

In Defiance Of Existence

Revelation 666 The Curse Of Damnation

Born Of The Flickering

In The Shades Of Life