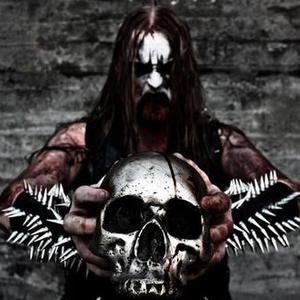 Setherial is a Swedish black metal band that was formed in late 1993 by Mysteriis and Devothan. The band was a four piece at that time, with Cheeroth on vocals, Mysteriis on guitar, Devothan on bass and Zathanel on drums. The band then did a few gigs and after a while Thorn from Egregori joined the band as the new bass player, and Devothan took the role of second guitar player, giving the band a better opportunity to induldge deeper into the atmospheric form of Black metal that is undoubtably the Setherial style.

When the local band Egregori broke up, Kraath Zaahr Raath was asked to join as a vocalist and lyric writer. The result of this can be heard on the debut demo entitled "A Hail to Faceless Angels". Cheeroth then was dismissed during the recording of the "For Dem Mit Blod" 7", due to many mistakes and personality conflicts. There were some more line-up changes prior to the recording of the now legendary "Nord" album. Zathanel has since left and moved on to Sorhin. The only remaining members from the classic "For Dem Mit Blod" 7" are now Mysteriis and Kraath.

The band now has the follow up to Nord out in Digipack form on Napalm records entitled "Lords of the Nightrealm". The music on this CD is nothing short of masterful. The band has improved in every aspect... improving on perfection is no easy task. This CD will stand as a monument of the Black Metal scene and everything that is right with it when played with conviction and seriousness for years to come.

The line-up has again changed and the most notable change is Lord Alastor Mysteriis has moved from guitar to drums for the recording of the next opus of blasphemic rage that is now known as "hell eternal" once again released by Napalm records.

The band has played many shows throughout Europe with much success. Look for them if they should be playing in an area surrounding you to witness the best band within the Black Metal scene today.

From The Ancient Ruins

A Hail To The Faceless Angels (EP)