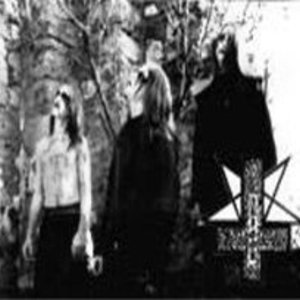 ABIGOR was formed in mid 1993 by P.K. and T.T. Immediately after that, Rune (now known as Tharen) joined ABIGOR as vocalist. The first demo, entitled 'Ash Nazgh...' was released in autumn 93, and in December the second demo, 'lux devicta est'. In February 94 the 'Promo-Tape II/94' was released, and in March the last official demo, 'Moonrise'. After the release of 'Moonrise', Tharen had to leave ABIGOR because of his passivity and lack of dedication. He was then replaced with Silenius.

With Silenius on vocals they recorded a limited demo tape, entitled In 'Hate & Sin' and also signed a multi-record deal with the Austrian label NAPALM RECORDS.

In June 94 the debut CD 'Verw?stung / Invoke The Dark Age' was recorded, and 'Verw?stung' convinced with outstanding Black-Metal, so it set ablaze ABIGOR's mark as one of the best bands within the Black-Metal genre. In November 94 the concept MCD 'Orkblut - The Retaliation' was recorded. 'Orkblut' is the story of a warrior who remembers his pagan origins which inflame his heart. It shows his life from the day he rises, his feelings and his last battle, until his death and the severance of flesh and spirit.

In Spring 1995 the overworked demo-song 'Shadowlord' was exclusively recorded for the NAPALM Compilation 'With Us Or Against Us Vol.1'. In May 95 ABIGOR entered the studio again to record 'Nachthymnen (From The Twilight Kingdom)', and it showed the first time ABIGOR's real capacity, and their ability of realizing majestic soundscapes of dark atmospheres as it's best. In November the same year they started the recordings for the first chapter of 'Opus IV', entitled 'Horns Lurk Beyond The Stars'.

In May 96, 'Blut Aus Aeonen', the second chapter of 'Opus IV' was recorded, and the final result, 'Opus IV', was released in July 1996. With 'Opus IV' ABIGOR did again a step forward, and they shocked with a very aggressive, technical, and strange album, yet still typical for ABIGOR's everlasting way of development.

In January 97, the MCD 'Apokalypse' was recorded in two days, the most raw and brutal ABIGOR release so far as ABIGOR's tribute to the values and true spirit behind Black Metal.

From November 97 through January 98, 'Supreme Immortal Art' was recorded, and with 'Supreme Immortal Art' ABIGOR entered again the realms of very dim and atmospheric Black-Metal. As a result of the good response on 'Supreme Immortal Art' a 7", entitled 'Structures Of Immortality' was released, with a limitation to 500 copies, at the end of September 98. And because of the numerous inquiries regarding ABIGOR demo material, the band has decided to release a strictly limited demo-CD (to 1500 copies) on the 12th of October 98. The CD, entitled 'origo regium 1993-1994', was again released through NAPALM RECORDS. origo regium' offered a few selected songs (Kingdom Of Darkness, Eye To Eye At Armageddon, Diabolic Unity, Midwintertears, ...) from the first 4 demos. But both releases, the 7" and the demo-CD are already sold out, and won't be reprinted.

From January to March 99, the CD 'Channeling The Quintessence Of Satan' was recorded. During the recording session Silenius left ABIGOR because of personal reasons. So Thurisaz joined ABIGOR as new vocalist and the album has finally been finished, and released through NAPALM RECORDS at the 17th of May 1999. A very powerful, and transparent production, as well a high musical standard, combined with the mental attitudes of Black-Metal reflects the spirit of 'Channeling The Quintessence Of Satan', it's ABIGOR's most extreme and aggressive album yet! At the 8th of May 1999 the cover-version of SLAYER's 'Crionics' was recorded for the US label DWELL RECORDS. 'Crionics' was released through a tribute album in early 2000. In November 1999 the cover-version of KREATOR's 'Terrible Certainty' was again recorded for DWELL RECORDS and released in spring 2000.

In April 2000 ABIGOR signed a new multi-record deal with NAPALM RECORDS and immediately after that the band started the work on the album 'Satanized (A Journey Through Cosmic Infinity)'. In late May 2000 T.T. left ABIGOR because of personal problems (drug addiction) and differences with the other members. He was then replaced with Moritz Neuner on drums, who's already known of his professional work in various Austrian Metal bands. In August the same year the MCD 'In Memory*' was released. 'In Memory*' features the 2 cover-versions, the most unknown ABIGOR song 'Shadowlord', the first (yet unreleased) rehearsal version of 'Crimson Horizons' and a studio rough-mix of the song 'Verw?stung'. A tribute as well a collection of rare ABIGOR songs is what this MCD represents. From late October through November 2000 'Satanized (A Journey Through Cosmic Infinity)' was recorded at Tonstudio H?rnix. 'Satanized' was released in March 2001, it's shows the band further branching out with a now more sci-fi orientated sound and imagery, it's the blackness of the new eon!

In June of 2003 Peter decided to lay Abigor to rest due to his inability to identify himself with the current black metal scene, as well as problems with the line-up and the bands record label Napalm Records. In the Autumn of 2004 the final release of Abigor was unleashed in the form of a 7" LP titled 'Shockwave 666,' which was to be the epitaph of Abigor. After a few years of absence from the black metal scene Peter reformed Abigor in early 2006 with a new line-up with plans to start recording a new album. In May of 2007 the reformed Abigor unleashed the new album 'Fractal Possession' through End All Life Productions. The current line-up features Peter: guitar & bass, Thomas: drums & guitar, and new vocalist A.R.

Time Is The Sulphur In The Veins Of The Saint

Satanized (A Journey Through Cosmic Infinity)

Channeling The Quintessence Of Satan