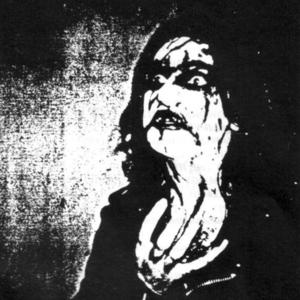 Abruptum was a Swedish black metal/dark ambient band formed in 1990 by IT and All. Notable for long, gruesome sessions of improvised noise, they would allegedly record during acts of self-mutilation. The band became kind of famous very much thanks to the fact that IT was one of the leaders within what was called the Satanic Black Circle, along with members of bands like Mayhem and Emperor. IT had planned to create the band already in 1987 but it wasn't until 1990 that he found the right member to do it.

The same year they recorded their first two demos. After the release of the first demo they kicked out their bass player Ext. After the release of a 7" EP called simply called "Evil" in 1991 (later re-released by Psychoslaughter) All began to drink heavily and was forced to leave the band. IT then found a new member in Evil from the young band Marduk. As IT left the scene completely after several events within the circle and threats to him and his family Morgan continued the band for a while on his own but the project is probably put on ice for now because of the growing popularity of Marduk.