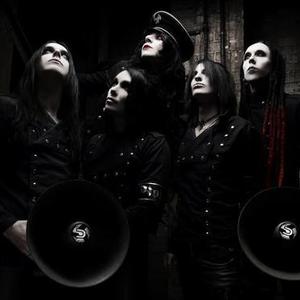 Synthetic Generation first surfaced in Sweden during March 2002 on LED Recordings, but would be picked up for European release by the German Nuclear Blast label the following year.

Plans to commence recording of a second album in June 2004 were delayed as, returning home from an appearance at the Wave Gotik Treffen festival in Leipzig, Germany, Deathstars had over $15,000 worth of gear stolen from their tour bus. The band later landed the support to the resurrected Dissection at their Stockholm Lilla Arenan gig in late October.

Deathstars undertook album recordings in early 2005 at the band's own Black Syndicate Studios for the Termination Bliss album.

Termination Bliss saw release in January 2006. Limited edition variants added a "Driven On" remix of the track "Blitzkrieg" by Mortiis.

The band supported Cradle of Filth on their 2006 tour through Europe.

In September 2007 Deathstars' website announced that they would open shows for Korn on their European tour throughout January and February 2008. Deathstars headlined a few shows on their own between the dates they perform with Korn. Later, it was announced that "Bone W Machine" would not partake in the upcoming European tour with Korn due to personal reasons. Bergh attributed this to the fact that the drummer "had to take care of his family back home".

The Greatest Hits On Earth