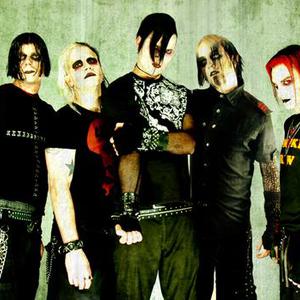 The band have toured with such peers as The Birthday Massacre and Wednesday 13.

In 2001 Jay left and was replaced by DreGGs, an art school graduate.

The self titled debut contained 13 tracks, one of which was a cover of the 1980s pop hit Send Me An Angel (originally by Real Life) which had received significant airplay in South Florida goth, metal, and strip clubs. The track "Undone" appears as "All You Ever Wanted" on the soundtrack for Project Gotham Racing 3.

Their second album, produced by DSA themselves and Jeremy Staska, Unsaved, is a much more personal album. It was released on July 11, 2006 by Pure Records.

Unsaved was the first album to be recorded, and influenced by, current band members. MuBo notably left before the North American release of Unsaved, and has not played any post-album shows with the band.

With the departure of MuBo a new space was left open and it wasn't until the Unsaved release party at The Culture Room in Ft. Lauderdale that sKuz was introduced as his replacement.

The live footage from the Vol. 1 DVD was recorded at this venue. The Vol. 2 DVD is in progress and the estimated release will be sometime in 2007.

Blame It On The Devil