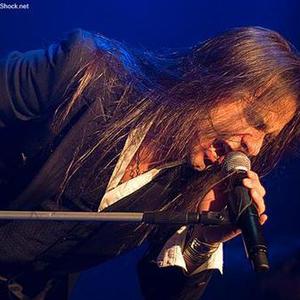 After parting ways with Shaaman in 2006, Brazilian singer Andre Matos (ex-Angra, ex-Viper, ex-Shaman, ex-Looking-Glass Self, Virgo) decided to found a band under his own name (NOTE: The name of this project is NOT "Andr? Matos", please do not edit the wiki to reflect that). Bringing along with him all the members of Shaaman save for drummer Ricardo Confessori, Andre Matos began work on his debut cd in 2006. The lineup was originally completed by drummer Rafael Rosa, who had to leave the band in early 2007 for personal reasons, before the release of the band's debut album "Time To Be Free".

Rafael was replaced by Brazilian drum prodigy Eloy Casagrande who was made a full member of the band in 2007.

The Turn Of The Lights (Japanese Special Edition) CD2

The Turn Of The Lights (Japanese Special Edition) CD1

Time to Be Free