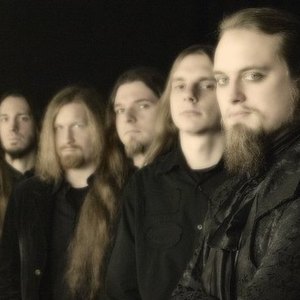 The fantasy-power-metal band Orden Ogan was founded by Sebastian Gr?tling (drums) and Sebastian Levermann (vocals, guitar) in 1996. They released two demos called "Into Oblivion" and "Anthem to the Dark Side" in 1997 and 98 and a year later they recorded their first self- financed and self- produced full-length "Soli Deo Gloria". In 2004 the second album "Testimonium A.D.", also self- financed, followed and despite not being full-time musicians, the band invested all time they had and managed to nail record deals for Germany, Brazil, Sweden, the UK, Switzerland and Austria.

The new album "Vale" will be released on February 22 2008 through Yonah Records/ Alive.

The Book Of Ogan CD2

The Book Of Ogan CD1