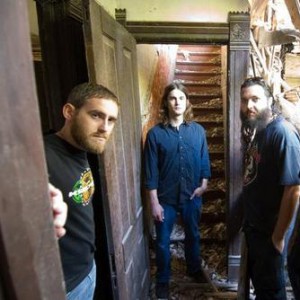 Located along the in-betweens of Chicago and Peoria, Illinois, and drawing its nominal inspiration from the Belarusian capital, nestled deep amidst the in-betweens of the East and the West, a city that has been burned to the ground on several occasions only to be rebuilt like a phoenix rising from its ashes, Minsk is an eclectic experience of passion, aggression, rhythm, noise, and trance. The music was as organic as it is other-worldly, infusing the rhythms of the earth and the resonance of the human voice with the synthetic sounds of machines, amplifiers, and effects.

Minsk performed its first show in March of 2003, released a demo CD with Lisa Falzone Recordings later that year, and has spent the last three years performing, writing, and recording. In 2004, they performed at the inaugural Templars of Doom festival in Indianapolis and appeared on a Thinker Thought Records compilation CD, entitled 'If It Plays...'.

In 2005, they put the finishing touches on their new album with producer Sanford Parker, who joined the band during the recording process. Parker, also known for his play in the band 'Buried at Sea' has produced such acts as Pelican, Rwake, Lair of the Minotaur, Unearthly Trance, and Venomous Concept. The band performed at 2005 and 2006's South by Southwest music festivals in Austin, TX, and Emissions from the Monolith festivals in Youngstown, OH.

The Ritual Fires of Abandonment, was released in Febuary of 2007. In 2009 they released "With Echoes In The Movement Of Stone"

In 2011 they decided to call it quits with an open letter, but reformed several months later.

The Crash And The Draw

With Echoes In The Movement Of Stone

The Ritual Fires Of Abandonment

The Ritual Fires of Abandonmen

Out Of A Center Which Is Neither Dead Nor Alive