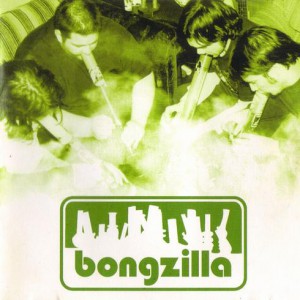 Bongzilla is a stoner metal band from Madison, Wisconsin. As their name suggests, most of their material is related to marijuana and promotes its legalization. The band formed in 1995, and over the next three years recorded and released a dozen songs on EPs and split singles. In 1998 they signed to relapse records, and have since released four studio albums and a live album through the label. Since the seeds were planted in the mid-90s, Bongzilla have been sowing Madison, Wisconsin's rich soil with their homegrown, psychedelic sIudge.

Since the seeds were planted in the mid-90s, Bongzilla have been sowing Madison, Wisconsin's rich soil with their homegrown, psychedelic sIudge. Cultivating an extremely thick and heavy harvest of powerful mega-rock, Bongzilla have fertilized their sound tenfold over time, and the results of their bumper-crop harvest speak for themselves.

Releasing pounds of material over the course of the last few years, Bongzilla have raised consciousness in regards to their existence, and have kept their musical fires burning non-stop. Having toured the U.S. multiple times, playing gigs with the likes of Today Is The Day, Unsane, Noothgrush, Logical Nonsense, Dystopia, Grief, Zed, El Dopa, Cattlepress, Ire, Cave-In and the mighty Spazz, Bongzilla love to perform live. The bands live show is not to be missed as crushing heaviness blends perfectly with tortured, intense vocals and tripped-out passages of mellowed, experimental jamming. Bongzilla support the cause of legalization, regularly playing national Hemp festivals such as Weedstock (Bongzilla contributed a track to the Weedstock Vol. 1 CD) and Harvestfest. The summer of 1998 proved to be an important time for Bongzilla, as they made a highly publicized appearance at the Milwaukee Metalfest in addition to joining label mates Unsane for a devastating tour of the Midwestern United States.

Influenced by the medicinal powers of THC and a love for wicked grooves, Bongzilla entered the infamous Austin Enterprises in 1996 where they recorded a massive demo with Today Is The Day's Steve Austin overseeing the festivities. This, along with other demos from the band, made their way to the Relapse Compound (the subject matter alone warranted multiple listens) and the band was signed shortly thereafter. 1997s 'Methods For Attaining Extreme Altitudes' presented three opus magni for the elevating of musical consciousness, and proved to be a perfect companion to a serious bong session. Two heavy, stoner-rock anthems and a billowy sonic cloud of ethereal experimentation (aptly titled "Smoke/I Love MaryJane") lit up the senses, and produced a hazy, bleary-eyed vision of what was yet to come.
In 1999, the hemp-friendly horticulturists returned from the stratosphere once again, bringing with them some of the best THC-powered rock ever exhaled! Recorded under the influence of three ounces of Humboldts finest, 'Stash' presented ten fat spliffs of crystallized bliss. In the truest sense of irony, the release date for 'Stash' fell on April 20, 1999 (4:20, 99), a release date that occurs only once every 7 years! In addition (and also by complete coincidence), the random Relapse catalog number assigned to 'Stash' was 6420! When extreme homage is payed, the true are rewarded justly.

In 2005 the band released "Amerijuanican", considered by many fans to be their best. The band has now taken a hiatus so Dixie can work with his other band, Weedeater.