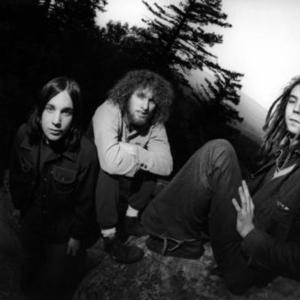 Sleep is a stoner metal band from San Jose, California. Active during the 1990s, Sleep earned critical and record label attention early in their career. Critic Eduardo Rivadavia describes them as "perhaps the ultimate stoner rock band" and notes they exerted a strong influence on heavy metal in the 1990s. However, conflict with their record company had contributed to Sleep's breakup by the end of the decade. The band reformed, performing sporadic live dates, in 2009.

2. Sleep is an experimental avant-garde group from New Zealand. Members: Kim Pieters (Dadamah, Flies Inside the Sun, Rain) , Peter Stapleton (Dadamah, The Pin Group, The Terminals, Flies Inside the Sun), Susan Ballard. Also sometimes Nathan Thompson (Sandoz Lab Technicians) included. They released two albums; Enfolded In Luxury (1999) and Ghostwriting (2001), both on Metonymic label. Their music can be categorized as "free noise" or "free improvisation" as well...

3. Sleep Is an Hardcore Punk band from Brighton, UK. They were only active from 89-91.