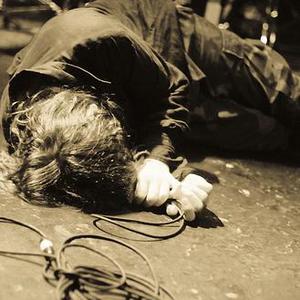 Eyehategod (also abbreviated and referred to as EHG) is an American sludge band from New Orleans, Louisiana, which formed in 1988. The band is known for their dark, sludgy riffs combined with equally dark lyrics. Like many sludge metal bands, Eyehategod's sound is influenced by doom metal, as well as hardcore punk. Eyehategod have noted Melvins, Black Flag, Saint Vitus, Swans, Flipper and Black Sabbath as key influences to their sound.

Eyehategod have noted Melvins, Black Flag, Saint Vitus, Swans, Flipper and Black Sabbath as key influences to their sound. This, combined with heavy, detuned, and bluesy riffs dominate the band's sound. They are combined with walls of feedback and distinctive tortured vocals to create a truly misanthropic vibe.

While Jimmy Bower was busy playing drums for Down, the remaining 4 members of Eyehategod formed a side-project called Outlaw Order (abbreviated to OO%). The band released a limited edition 7" EP in 2003 called Legalize Crime, which has since been re-released on CD with a bonus live track. 2008 saw the release of Outlaw Order's debut full-length, titled Dragging Down the Enforcer.

A History of Nomadic Behavior

I Am The Gestapo / Self-Zeroing (With Cripple Bastards) (VLS)