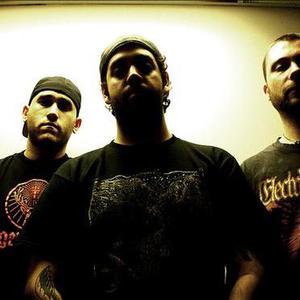 Within a year, UNEARTHLY TRANCE put themselves on the map and into the subconscious of the underground metal scene.

Shortly after in 2001, UT parted ways with original drummer Pete Mc Coil and found the most powerful drummer since Dale Crover picked up a pair of sticks. Darren 'Vril' Verni revitalized the band with his signature 'heavier than war' drumming. UNEARTHLY TRANCE now achieved the sound of war 'machine', traveling into the deepest depths of the beyond. To coincide with their full United States tour with Electric Wizard in 2002, UNEARTHLY TRANCE released a limited tour CDR entitled "HADIT". Following the success of that release, another 7" EP ("frostwalkwithme") was spread to the masses via Parasitic Records.

Lipynsky, Newman and Verni unleashed its first proper album in the UK on Lee Dorrian's Rise Above Records: "Season of S?ance, Science of Silence". "SoSSoS" saw a North American release on The Music Cartel and limited vinyl version on Parasitic Records.

"Season of S?ance, Science of Silence" was released in the Fall of 2003 and proved that UNEARTHLY TRANCE were indeed an esoteric force not to be taken lightly. "SoSSoS" was recorded with 'Drone Magus' Stephen O'Malley (sunn0)))), who assisted in the subsonic mixing. UT received praises for their new and innovative approach to the 'Doom Metal' formula. If you put "Season of S?ance, Science of Silence" in terms of color, it would be black and silver: monochrome. A cold steel foundation if you will. That would make Unearthly Trance's second album absolutely on fire and 'in the red'.

"In the Red" was unleashed in Europe November 2004 through Rise Above Records and saw UNEARTHLY TRANCE conjuring up the most uncompromising spite fueled dirge known to mankind. Turning impassioned misanthropy into a black orgasmic art form that is gloriously relentless in its euphoric claustrophobia. Recorded at Volume Studios in Chicago, Sanford Parker absolutely nailed capturing the 'raw power' of an occult rock band in its finest form yet.

UNEARTHLY TRANCE is a staple of the New York underground scene. Having played with such heavy yet diverse bands as: Morbid Angel, Pelican, Sunn0)), Warhorse, Om, Grief, Floor, Comets On Fire, and various Power Electronics/ Noise acts to name just a few. Thus proving that the wide-scope of UT's audience is a rare asset in a saturated scene.

UNEARTHLY TRANCE released their third full-length and Relapse Records debut, ?The Trident?, on April 4th, 2006. To record ?The Trident?, UT once again reunited with Sanford Parker and recorded the main tracks at Steve Albini's Electrical Audio Studios. The band took the sound on "In The Red" and refined and improved the tones far beyond anyone's expectation. Even though the trio is still a band that records live and raw, the recording is more dynamic and 'alive' than ever before. In terms of color, ?The Trident? would be deep blue to represent the subconscious part of the mind; the unknown abyss.

UNEARTHLY TRANCE performed a handful of live shows in support of ?The Trident? throughout 2006 and 2007, including a month-long European tour just prior to beginning work on a new album. In the later half of 2007, the band called up Parker once again to record their next full-length release, ?Electrocution?. ?Electrocution? was recorded with Parker at his Volume Recording Studios in Chicago, IL.

An epic, impassioned piece of work, ?Electrocution? oozes with mysticism and a palpable sense of purpose behind an imposing wall of gut-level riffing, canyons of low-end and pounding drums. In terms of color, ?Electrocution? would be white, as in white heat, white noise, white lighting. UNEARTHLY TRANCE gives no quarter in their spiritual war and forges their own sonic path with the awe-inspiring ?Electrocution?.