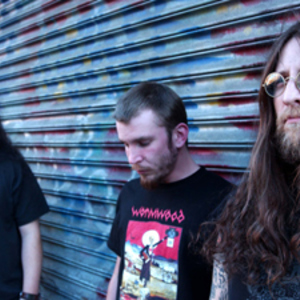 YOB was brought into being by vocalist / guitarist Mike Scheidt during the mid 90s. Previous to founding YOB, Scheidt had operated as a drummer with Hardcore acts Chemakill and Dirty Sanchez and held down bass duties in H.C. MINDS. The original incarnation of YOB featured Scheidt alongside bassist Lowell Iles and drummer Greg Ocon. However, by the time of recording the 2001 album Elaborations of Carbon, YOB comprised Scheidt, bassist Isamu Satu, previously with death metal act Thrombus and former Lightweight drummer Gabe Morley.

Hailing from the ever-gray skies of Eugene, OR, USA comes YOB, a band already well on their way to make their mark in the doom metal scene worldwide. Formed in 1996 by founding member Mike Scheidt, YOB started creating and destroying ideas that would become the foundation for one of doom metal's most shining hopefuls.

The first three song self-titled demo was submitted to Stonerrock.com in 1999, sending shockwaves into the stoner rock/doom scene worldwide. This demo was a bold statement of intent: uncompromising heavy doom metal. Within YOB's sound, which is equal parts Sleep, Burning Witch, Neurosis, High on Fire and Electric Wizard, YOB has accomplished song craft that is as much their own sound as it is paying homage to the doom metal greats of both times of yore and present.

In 2001 YOB recorded its first full-length record for 12th Records in Spokane, Washington titled Elaborations of Carbon. This offering received dozens of rave reviews from magazines and fans worldwide, securing YOB's place as one of the best doom metal bands in the scene today. The Lollipop Magazine review of Elaborations of Carbon says, "Six mighty songs of beautiful doom-laden sound, full and expansive. Inverted, hanging riffs, Melvenoid spacey trudging, Tab-esque motion, and a deep well of compositional creativity...only a complete dupe would say this isn't a good one".

2002 saw YOB secure a recording contract with Lunasound/Abstract Sounds. Their first CD for this label, Catharsis, hit the streets worldwide November 4th, 2003. Featuring a stronger production and three songs clocking in at 50 minutes, those who have heard it proclaim it is the best YOB record yet.

YOB's third full length release The Illusion Of Motion was a bold statement of utterly mammoth proportions. Released on label heavyweight Metal Blade Records, the band was handpicked by legendary Brian Slagle. With this newfound support, YOB was introduced to a much wider audience and garnered much attention for this record's unheard of approach to the doom metal genre. One just needs to listen to the track Exorcism of the Host to instantly recognize that the band was head and shoulders above their metal brethren. Following the release of the album, YOB went on to headline a tour through May and June.


The End of the Road

In 2005 the band released their most ambitious and most accomplished studio production yet, entitled The Unreal Never Lived. The hypnotic pound-everyone riffing remained while at the same time they pushed the envelope of Doom Metal to its maximum capacity. Classics such as Grasping Air stomped in such a crushing way as to make one check the yard for dinosaurs. The album also explored dynamics and progression unheard of before on cuts like Kosmos. Doom fans and Metalheads alike the world over were turning their undivided attention to this entity seemingly trapped out of time. But unfortunately as the old saying goes, "All that we build, all that is destroyed."

"This is Mike from YOB. I regret to say that YOB is disbanding after almost 10 years of existence. The time we spent with YOB exceeded our wildest expectations and hopes and it has truly been a dream come true. Travis Foster and Isamu Sato left the band in July, and I have been trying to decide what to do for the last six months. YOB has had 3 other line-ups, but this one was the best. At the end of the day the best thing for YOB is to call it a day. I want to thank everyone who has been supportive to YOB over the years....labels, bands, fans, the venues, our families....without you none of this would have been possible. I will be working on a new band called AGE that will very much be in the vein of YOB, with some new twists. Until then, be well and stay HEAVY! ENDLESS DOOM!!!" - Mike (YOB)

The follow-up band, Middian, disbanded after numerous legality issues. They only released one album, "Age Eternal". After this, in 2008, the band has reformed and has confirmed the recording of a new album to be released in Summer 2009.
The Great Cessation album, by YOB, has been released in July 14th 2009. It is absolutely one of the heaviest albums yet, and this band is great live.

Clearing the Path to Ascend

The Illusion Of Motion