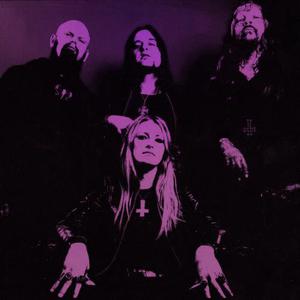 Electric Wizard are a band from Dorset, UK. They have a distinct, yet traditional doom metal sound that incorporates stoner and sludge traits, with lyrics typically involving the occult, witchcraft, H.P. Lovecraft, horror films and marijuana. During 2003, founding members Tim Bagshaw and Mark Greening left to form the band Ramesses, making guitarist/vocalist Jus Oborn the only founding member who remains.

The oblivion and ecstasy of crushing doom and high grade marijuana, a sonic aural trip far, far away from this world, where only cyclopean walls of crackling vintage valve amplifiers set to the full overdrive and primal ritualistic beats can wash away all the filth and drudgery of everyday life. Their music can be described as Doom Metal. Their sound is a crushing behemoth of funeral march psychedelia. Violent, bleak and ritualistic.

Born in Dorset, England in 1993, in a quiet country town, initially they were the product of frustration, unemployment and excessive drug abuse. But through hallucinogenic experimentation and occult sciences they realized their true potential. A celebration of outre low brow art like Weird Tales, 70's horror and B-movies, head shop art, drug comix, italian pornohorror comics, Crepax, Lovecraft, Howard etc. etc...coupled with a morbid fascination in cults, witchcraft, freemasonry, biker culture, mysticism and ancient occult sciences and how these dark arts can be applied to music.

Their history actually starts in 1988 when Justin Oborn created a doom-influenced death metal band called Lord Of Putrefaction. The above mentioned band released only several demos but it showed the unique talent of Justin Oborn in the art of creating heavy slow riffs. In 1992 Lord of Putrefaction disbanded and Justin Oborn started another band called Thy Grief Eternal which moved more towards the doom metal genre though still it had significant death metal influence.The music was more refined and mature. Then in 1993 Thy Grief Eternal was disbanded and the band Eternal was crated. This band played pure stoner doom though the quality can't even come close the the next and the last band in this history (as yet) called Electric Wizard. The text below give enough epithets to describe the sound of Electric Wizard.