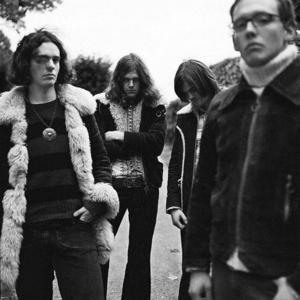 There is more than one artist with this name: 1) Witchcraft are a doom metal band from Sweden. Strongly inspired by the early '70s rock, they play with a heavy and slightly psychedelic rock style typical of other similar stoner doom metal bands. They are often compared to Black Sabbath (due to Sabbath's massive influence on doom metal) or Jethro Tull, though they do have their own personal sound. They have released three well-received full length albums to date.

1) Witchcraft are a doom metal band from Sweden. Strongly inspired by the early '70s rock, they play with a heavy and slightly psychedelic rock style typical of other similar stoner doom metal bands. They are often compared to Black Sabbath (due to Sabbath's massive influence on doom metal) or Jethro Tull, though they do have their own personal sound. They have released three well-received full length albums to date.

2) Witchcraft were a USA duo whose music was of a highly imaginative and original style that was years ahead of its time. John Buehler - vocals, keyboards, drum machines, percussion, vocoder & design. Andrew Arbetter - guitar. Although Witchcraft have sadly disbanded, these two albums remain perennial favorites and are testament to a genuinely original talent that produced a genuinely original sound
Albums:
(1)As I Hide:
Spacey atmospherics, driving rhythms and searing guitar are complemented by beautiful synth compositions, all held together by mysterious and innovative vocoder. Ambient electronica at its best.

"This is a truly inventive and potent album which constantly challenges the listener yet still maintains a cohesive focus. On this form Witchcraft are a real find." Graham Getty, SMD.

(2)Scattered Areas of Invisibility:
The 2nd studio album from Witchcraft. Classic ambient rock with a more rhythmic edge, and much more guitar! Full of wonderful melodic textures, this will appeal to EM, Ambient and rock fans alike.

"In a parallel universe somewhere, this gorgeous song, "Ultraviolet," is a number 1 hit single. You might just have to hear it to believe it." Backroadsmusic.com

3) Witchcraft was a Croatian speed metal band, formed in 1987. by Dejan Katalenic (a.k.a. Dean Harder). The first lineup was Dean Katalenic on guitars, Sinisa Vuco on main vocals, Milan Cojic on bass guitar, Neno Munitic on guitars, Denis Garbic on harsh vocals and Silvio Skare - Braco on guitars and drums.
From 1991. the band had lots of lineup changes and tryouts, as Dejan was looking for the perfect voice for the band. Some of notable membes were Elvis Katic on drums, Davor Gradinski on bass and vocals, Goran Karan on vocals, and others too. The last vocalist was Ines Zizic, but the band finally disbanded in 2002. You can find more info here http://www.myspace.com/witchcraftcro and here http://www.myspace.com/deanharder.

4) Witchcraft from Hungary plays raw and old school Black Metal. They released their first album "Years of Blood" in 2006 via Regimental records. Previously they released two demos (On the Path of Fogs - 2000; Carpathian Fire - 2003) and a split with Gholgoth (Revelations Through the Veil of Oblivion - 2002). "Years of Blood" contains the re-recorded versions of the demo-songs and only one new song. The second album is "Under the Crust" (Miriquidi Prod. 2008).

5) A Goa trance project released on Matsuri records in the late 90's.

6) Witchcraft is a Black Metal band from El Salvador, formed in the year of 1995. They started off as a side-project of the Melodic Black Metal band Dismal Gale however, Drummer - Rodrigo Artiga left the band. In 1998 they released their self entitled album "Witchcraft" The band is currently split up, to work more in Dismal Gale. The lyrical themes include Satanism, Witchcraft and Occultism.

7) Witchcraft from France played classic heavy metal and released one three-track demo in 1983.

8) A Russian dark progressive metal band WitchcrafT. The metal-band Witchcraft began to exist in 2005 year. It could be an ordinary gothic band, but some time later Witchcraft started to mix different music styles and created a new experimental style Dark Progressive Metal. The music of Witchcraft is an unusual mixture of progressive, dark and Gothic metal, bright vocal, good technique of playing will show you that even in Russia there are a lot of good bands! In 2008 year Witchcraft recorded it's first album "The voice from inside...", which included 8 songs of different periods. In 2010 the band recorded the second album "Ash" . Welcome to the world of miracles and beautiful melodies!

It's Not Because Of You (CDS)