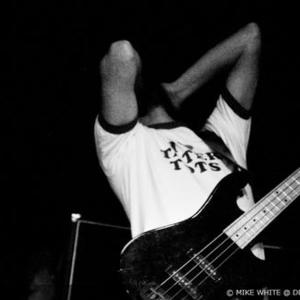 Harvey Milk is an American experimental rock / sludge band that formed in Athens, Georgia, United States in the early 1990s. Despite playing numerous live shows and releasing a slew of 7" singles and three full length albums, they never received much attention outside of their local fanbase. It was not until years after the band's demise that their singles, as well as all three full length albums, saw re-release through various labels, most notably Relapse Records.

They returned in the late 00's and released two albums.While Harvey Milk invariably draws comparisons to the Melvins, due to their penchant for slow, heavy riffs, the band has touched upon such artists as ZZ Top, Led Zeppelin and Leonard Cohen as influences in their music. They even went so far as to perform a live show consisting of nothing but Hank Williams covers. One April Fool's Day gig at the 40 Watt in Athens, they performed R.E.M.'s "Reckoning" from beginning to end while Michael Stipe was in attendance.

The band are named after Harvey Milk, San Francisco, California's first openly gay city supervisor, who was murdered in 1978.

On June 3, 2008, Harvey Milk released their most recent album, Life... The Best Game In Town. The band toured the eastern and southern US as well as Germany, England, Belgium, France and Scotland during the Summer of 2008. In July 2009, they Co-Headlined a tour with the band Torche.

A Small Turn Of Human Kindness

Life... The Best Game In Town

Courtesy And Good Will Toward Men (Vinyl)

Courtesy And Good Will Toward Men (Reissued 2006) CD2

Courtesy And Good Will Toward Men (Reissued 2006) CD1