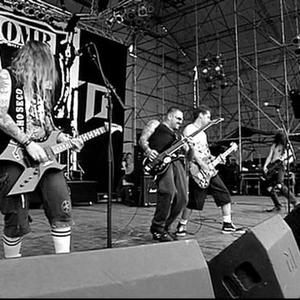 Nailbomb was a thrash metal band with industrial influences. The band formed in 1994 as a side project by Brazilian musician Max Cavalera of Sepultura and Soulfly and English musician Alex Newport of Fudge Tunnel. Based in Phoenix, Arizona, they recorded a studio album, titled Point Blank, which was released through Roadrunner Records. They also played only a single live performance before disbanding.