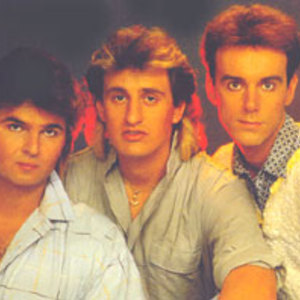 There are several groups named Joy: 1) French electronic music duo who are brothers, Lucas et Baptiste Malgoire. 2) A Belgian trio with Marc Huyghens 3) An Austrian Soft-Pop-Band of the '80s. Very famous in the Far East. 4) Belgian people (J.C. Maury , Patrick Fasseau) from Belgium in 1987, whose only production was the track "Elle et moi" (She and i) in 1987. 5) Swedish Post-punk/New-wave band. Released a couple of 7" in the 80's. 6) Electronica artist. One of his songs, "The Crow" was recently been featured on the chillout music compilation L'?t? abstrait vol. 3

7) Five piece rock band from Louisiana, active in the the 70's.
8) Japanese punk/hardcore group from Tokyo.
9) A female Serbian singer.
10) A South African vocal group consisting of Felicia Marian, Thoka Ndlozi and Anneline Malebo who had a N?1 hit in South Africa in 1980 with "Paradise Road".
11) Some Christian bands
12) A female singer living in Auroville, India. She sings mainly in English and Sanskrit.
13) An acoustic band from Boston, Mass.
14) French electronic music duo who are brothers, Lucas et Baptiste Malgoire.

Under The Spell Of Joy