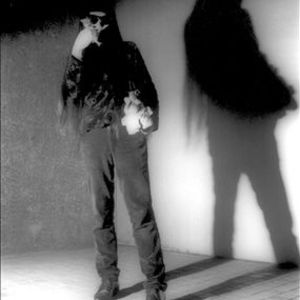 Keiji Haino (????) born 1952 in Chiba, Japan, and currently residing in Tokyo, is a Japanese musician whose work has included rock, free improvisation, noise, singer-songwriter, solo percussion, psychedelic, minimalism and drone styles, and covers. He has been active since the 1970s and continues to record regularly and in new styles. His main instruments of choice have been guitar and vocals, with many other instruments and approaches incorporated into his career's work.

He has been active since the 1970s and continues to record regularly and in new styles. His main instruments of choice have been guitar and vocals, with many other instruments and approaches incorporated into his career's work. Haino is known for intensely cathartic sound explorations, and much of his work bears an insular singularity, but his output has been so varied as to not always be recognizable as him.

Haino's initial artistic outlet was theatre, inspired by the radicalism of the Antonin Artaud-influenced Shuji Terayama. An epiphanic moment came when he heard 'When the Music's Over' and changed course towards music. After brief stints in a number of blues and experimental outfits, he formed improvised rock band Lost Aaraaff in 1970. In the mid 1970s, having left Lost Aaraaff, he collaborated with psychedelic multi-instrumentalist Magical Power Mako and film soundtrack composer T?ru Takemitsu (Toru Takemitsu).

His musical output throughout the late 1970s is scarcely documented, until the formation of his rock duo Fushitsusha (???) in 1978 (although their first LP did not surface until 1989). This outfit initially consisted of Haino on guitar and vocals, and Tamio Shiraishi on synthesizer. With the departure of Shiraishi and the addition of Jun Hamano (bass) and Shuhei Takashima (drums), Fushitsusha operated as a trio. The lineup soon changed, with Yasushi Ozawa (bass) and Jun Kosugi (drums) performing throughout the 1990s, but returned to a duo with Haino supplementing percussion with tape-loops.

Haino formed Aihiyo in 1998, principally playing a diverse range of covers (including The Rolling Stones, The Ronettes, and The Jimi Hendrix Experience), transforming the original material into Haino's unique form of garage psychedelia.

Haino cites a broad range of influences, including troubadour music, Marlene Dietrich, Iannis Xenakis, Syd Barrett,Django Reinhardt,Charlie Christian and Charlie Parker. His recent foray into DJing at Tokyo nightclubs has reportedly reflected his eclectic taste. He has had a long love affair with early blues music, particularly the works of Blind Lemon Jefferson, and is heavily inspired by the Japanese musical concept of ?Ma', the silent spaces in music. He also has a keen interest in Butoh dancing and collecting ethnic instruments.

I Said, This Is The Son Of Nihilism