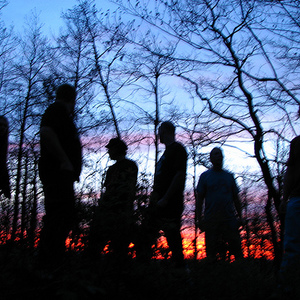 U.S. Christmas (USX) started playing together in 2002. They create very loud, loose and free music in a definite nasty psychedelic vein, but never jammy or amorphous. Everyone creates their own individual sound, and writes their own parts. And together they change things around a lot, probably because they don't remember what they played the last time they played. The bandmates mention many bands that shaped their sound: classic psychedelic, blues, guitar slingers, modern metal, doom, and sludge, as well as old country artists - Neil Young & Crazy Horse, Hawkwind, Neurosis and Caustic Resin.

There's a certain Sam Peckenpah movie called ?Pat Garrett and Billy The Kid? starring James Coburn, Kris Kristofferson, and Bob Dylan. In one scene, Kristofferson mentions a gunfight involving an old buffalo hunter, and calls him what sounds like US Christmas. It's a strange name, but they're a strange band ? from the foothills of the Appalachian Mountains, Marion, North Carolina, United States.

The U.S. Christmas lineup consists of:

Run Thick In The Night