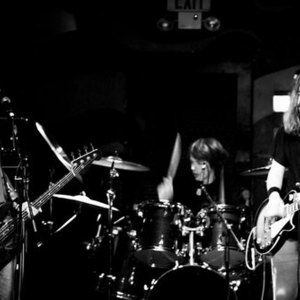 New Jersey's Chris Kosnik, Finn Ryan, and Bob Pantella first started plotting their musical careers back in the mid 90s influenced by 70s rock and progressive groups ranging from Black Sabbath to Parliament Funkadelic. Simultaneously all three members where already playing for major labels in separate bands: Godspeed (Atlantic), Monster Magnet (A&M) and Core (Atlantic). The Atomic Bitchwax slowly evolved for 15 years as a players band with the enduring vision to "play what you want".

Their music is a combination of 60s psychedelic rock, and 70s riff rock filtered though the progressive rock influences of today. Since their first release in 1999 'The Atomic Bitchwax' on Tee Pee Rec., they have toured every year in North America and Europe covering over 15 countries and continue to expand. In that time the band has released five more records including three full lengths. 'TAB-2, 3 and 4', two EPs 'Spit Blood', and 'Boxriff', which included a DVD live show filmed in Seattle's Sunset Tavern. Their music has also appeared in popular TV shows including 'Jackass', 'Home-wrecker' and 'Fox sports'. Future plans include the 2011 release of 'The Local Fuzz', boasting one 40 min. track of over 50 riffs back to back. This will also be followed by a live tour in April this year.
Current members:
Chris Kosnik - Bass / Vocals
Finn Ryan - Guitar / Vocals
Bob Pantella - Drums