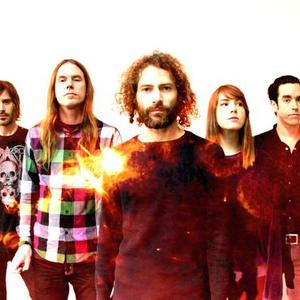 Red Sparowes formed in 2003 as another project for its members: Bryant Clifford Meyer, Greg Burns, Josh Graham, Jeff Caxide, and Dana Berkowitz. Andy Arahood and david clifford joined the band after the release of Red Sparowes' debut album, At The Soundless Dawn, as replacements for departed Caxide and Berkowitz respectively.

Through signing to Neurot Recordings, Neurosis' record label, Red Sparowes toured with The Dillinger Escape Plan and Made Out of Babies in 2004 after recording demos for their debut album. The debut was recorded in late May of 2004 by engineer Desmond Shea, with the resulting sound in the vein of guitarist Bryant Clifford Meyer and Jeff Caxide's band Isis, Chicago post-rock/metal outfit Pelican, and New Zealand post-rock band Jakob. Members Jeff Caxide and Dana Berkowitz relocated in late 2004, thus forcing them out of the band.

Red Sparowes' first studio album, At The Soundless Dawn, was released in February of 2005, following guitarist Bryant Clifford Meyer's other band, Isis, in their initial tours in support of Panopticon. Shortly after this release, a split 12" was released with Gregor Samsa. The Red Sparowes side contained the second track from At the Soundless Dawn, "Buildings Began To Stretch Wide Across The Sky, And The Air Filled With A Reddish Glow," as well as a song recorded during the album's recording sessions with guitar from Mike Gallagher of Isis, initially only available on the Japanese release of the album.

The band did a successful headlining tour of Europe in spring of 2005, and participated in an American tour in August and September of 2005 with Pelican, Big Business and Breather Resist. In February of 2006 the band finished recording their follow-up, Every Red Heart Shines Toward the Red Sun.

The band's latest full-length album entitled "The Fear is Excruciating, But Therein Lies the Answer." was released in April 2010. A preview of the album is available on Youtube.

The band is currently touring in Europe and working on material for their upcoming album.

More information is available on www.redsparowes.com

Triad (With Made Out Of Babies & Battle Of Mice) (EP)

Every Red Heart Shines Toward the Red Sun

At the Soundless Dawn