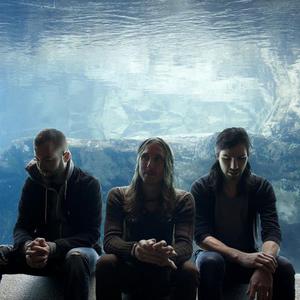 Russian Circles is a three piece instrumental post-rock/post-metal band from Chicago. The band plays epic, sprawling music which runs the gamut of heavy discordant metal to soft delicate passages. They are also known for their energetic live shows, which include tours with Tool, Red Sparowes, Minus the Bear and Daughters, as well as appearances at the 2006, 2007 & 2008 SXSW festivals. Formed in late 2004 by guitarist Mike Sullivan and bassist Colin DeKuiper (both formerly of another instrumental band Dakota/Dakota), they quickly recruited Dave Turncrantz, formerly of St.

Formed in late 2004 by guitarist Mike Sullivan and bassist Colin DeKuiper (both formerly of another instrumental band Dakota/Dakota), they quickly recruited Dave Turncrantz, formerly of St. Louis band Riddle Of Steel. In 2007 DeKuiper departed the band and Brian Cook (These Arms Are Snakes and Botch) took on the role of bass player for the writing and recording of their newest album, entitled 'Station,' recorded in Seattle with Producer Matt Bayles.

Station was released on May the 6th, 2008 on Suicide Squeeze Records.

On October 20th, 2009, the band released their latest album entitled 'Geneva' The album featured the same lineup as Station, with Brian Cook taking a much larger role in the writing and creation of the album. Brian Cook described the band's take on the new album being "less concerned with making sure we could replicate the material live as we were with making a compelling album."

On January 13th, 2010, the band announced via Facebook that they are writing a new album.

In May 2011 the band entered the studio to record their fourth full-length, titled Empros. The album is due out sometime in October on Sargent House.

Split (With These Arms Are Snakes) (Vinyl)