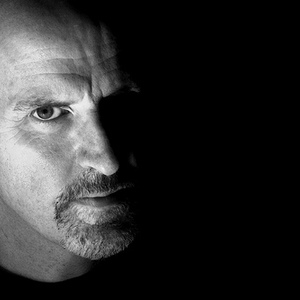 Brian Williams is a British electronic musician often credited for creating the dark ambient genre with albums recorded under the name Lustmord. Williams started recording as Lustmord in 1980 before joining SPK in 1982. Lustmord has extracted field recordings made in crypts, caves, and slaughterhouses, and combined it with occasional ritualistic incantations and Tibetan horns. His treatments of acoustic phenomena encased in digitally expanded bass rumbles have a dark ambient quality.

Some of Lustmord's most notable collaborations include Robert Rich on the critically acclaimed[4] Stalker, Jarboe, John Balance of Coil, Monte Cazazza, Clock DVA, Chris & Cosey, Paul Haslinger, and experimental sludge group The Melvins on Pigs of the Roman Empire.
Williams released the album Heresy, considered a milestone of the genre of dark ambient,[5] in 1990. Williams contributed to 44 Hollywood film soundtracks as music and sound designer and occasionally as additional composer, most notably on The Crow and Underworld.
Around 1999, Lustmord was also involved with the video game Planescape: Torment?his work eventually went unused when the project changed direction.[6] He provided music and sound design for a variety of other projects since, such as Far Cry Instincts, Underworld or NVIDIA demos, many of which include collaborations with Paul Haslinger.[7]
Lustmord worked on Tool's DVD singles and remixed versions of "Schism" and "Parabola," which were released on December 20, 2005. Lustmord also contributed to Tool's 2006 album 10,000 Days with the atmospheric storm sounds on the title track, "10,000 Days". He later worked again with Tool vocalist Maynard James Keenan, collaborating on Keenan's project Puscifer debut album "V" is for Vagina, as well as providing several remixes for "V" is for Viagra. The Remixes. Lustmord eventually generated a collection of dub remixes of several '... Vagina' tracks, known as "D" Is for Dubby - The Lustmord Dub Mixes. The nine track LP was released as a digital download on 17 October 2008, available directly from the Puscifer website. He also did some additional music including the track "The Western Approaches" feat. Wes Borland on guitar for the documentary Blood Into Wine.
Lustmord appeared live for the first time in 25 years as part of the high mass observance by the Church of Satan. The ceremony took place on June 6, 2006 (6-6-06).[8] A recording of the performance entitled "Rising" was released.
Lustmord released the album [ O T H E R ] on California-based label Hydra Head Records in July 2008. It features guest appearances by Adam Jones, King Buzzo, and Aaron Turner.
Lustmord performed for the second time in 29 years at Unsound Festival Krak?w on October 22, 2010.[9]
Lustmord performed at Art's Birthday celebration (initiated by Robert Filliou) at S?dra Teatern in Stockholm, Sweden, on January 15, 2011.[10] He performed at the Unsound Festival in New York for the first time on April 9 and 10, 2011.[11] Lustmord's first performance in the Netherlands will be in September 2011 at the Incubate Festival.
Lustmord played for the first time in Moscow, Russia, on April 8, 2012, at Cinema 35mm. Bad Sector played the first act of show.
Los Angeles based recording artist Brian Williams has spent a career enshrouded in a veil of intrigue emanating from the subsonic ruptures of his tonal scaffolding. From his creative inception during the days of early punk and industrial music to extensive collaborations with members of Tool, Isis and The Melvins, Williams has stayed current in a tide of musical change. The mind behind Lustmord and the pariah poster child for massive production talks about the insanity of creativity and the landscapes of inspiration.
Like the vigilant fringe anti-heroes of LA's shadowy imagined past, Brian Williams, or Lustmord as he is known to fans, simultaneously embraces an illuminating creative spark and vivid perspective with a droning musical identity that is too often misunderstood as a gospel of darkness. However conflicted in intent or interpretation, the creative machinations of Lustmord, first constructed during his upbringing in Wales and a homestead in London only to be transplanted to Southern California, find a uniquely vivacious resonance in our city of angels. From within the expansive cyborg grid and beneath the chasm skies of his adopted Los Angeles, Lustmord's music rumbles with terrific tremors and bends that seem to magnify the apocalyptic quality of the region.
Working under the moniker of Lustmord since 1980, Brian Williams has created an influential aural movement of experimentation that has been too widely reduced with the tag of ?dark ambience? but well appreciated amongst a bevy of colleagues who count him amongst their most profound influences. From his work with early industrial figures SPK to his much-publicized collaborations with modern progressive giants Tool, Isis and The Melvins, Lustmord has spanned the creative gamut in his many-decade long career.
The epic soundscapes that have come to define the electronic wizardry of Lustmord disdain classification. Droning with a cosmic ambivalence, the music is simultaneously shadowed and dark but also incandescent and luminous. In each composition, tones and synthetic sweeps hum with a profoundly paralyzing presence. When supplemented with feedback loops of endless vamps and echoing sustains, Lustmord's music churns into a hypnotic subsonic wash.
Combining music with a minimalistic visual approach, Lustmord packages his work so as to create an essential paradox. Songs titled often with a single word such as ?Item? or ?Element? weave amidst cold, basic imagery and recurring hexagrams that define the subtly stated aesthetic approach. In similar fashion to the limited, but well extrapolated tonal vocabulary of the music, the imagery's minimalistic statement of apparent nothingness is crushing in its embrace of simplicity.
But despite the best attempts of fans and journalists alike, Lustmord by no means a basic concept to be easily reduced. Though booming and expansive, to marginalize his music as dark or evil would be a simplistic denunciation. In fact, the work of Lustmord is near agenda-less. Instead serving as the equivalent of a musical hallucinogen?meant to inspire and invigorate each listener's individual creative facilities while offering an open helmed transport to whatever space the individual cares to journey to.
In keeping with his work, Williams himself is not some monolithic grave marker for the macabre. Tasked with a channel of talent from an immense unseen vision known only to his own consciousness, he seems almost resigned to the obligatory misunderstandings that accompany his abstract work. He ponders life with a wondrous skepticism that he extends to a humble perception of his own work. However, through his long career he has remained dutiful to his own innate responsibility to ears that expand our sonic frontiers deeper, farther.
[edit]Discography

The Others (Lustmord Deconstructed)

The Word As Power

Songs Of Gods And Demons

The Dark Places of the Earth