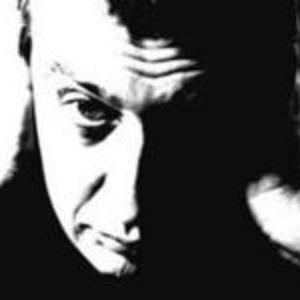 Nocturnal Emissions is a British sound art project that since the early 1980s has released numerous records and CDs. If one were to classify their material, then such terms as 'electro-acoustic,' 'musique concrete,' hybridity,' 'sound collage,' 'post-industrial', and 'noise' might provide a foothold. The group's material constitutes part of an ongoing multimedia campaign in guerrilla semiotics, utilising video art, film, hypertext and other documents.

From early in their work, the group concentrated on the axiom of music being a form of social control, and highlighted concepts such as information overload; cult conditioning; brainwashing and subliminal advertising, in a well-researched if often misunderstood, critique of information society. Their music drew heavily on worldwide folk traditions as well as that of the European avant-garde.

The importance of Nocturnal Emissions in the early 1980s in the development of Video Art in Britain has, like that of Psychick TV largely been erased from art history. This may be because of the radical political nature of the material.

Nocturnal Emissions worked closely with the editors of the pioneeering art music label Touch, later with both the Netherlands- based Staalplaat and USA- based Soleilmoon recording labels. All three labels came to the fore as part of 1980s cassette culture. In 1990-92 Nocturnal Emissions collaborated on Butoh dance performances in Europe & the USA, with the Japanese choreographer Poppo Shiraishi. Around this time Nocturnal Emissions' situationist-influenced practice became increasingly informed by magick; stone circles; techno-shamanism; neo-paganism;animism and Fortean research. There were many collaborations on animated films by Mancunian TV director Charlotte Bill. Bill was never an official member of Nocturnal Emissions, but admits to being one of the legion of members of The Fall (band).

Nocturnal Emissions were later to be associated with the Kernow section of the Association of Autonomous Astronauts and to feature in a best-selling story by the novelist Stewart Home.

Invocation Of The Beast Gods