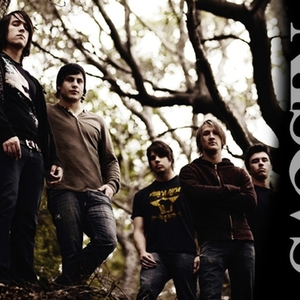 Saosin is an alternative rock band from Newport Beach, California, USA who originally formed during 2003 and partly consists of former members of the band Open Hand. They have released a full-length self-titled album (Sept. 26, 2006), three EPs (Translating the Name, a self-titled EP Saosin (also known as the "Warped Tour EP" / "Black EP", distributed on the The Vans Warped Tour), The Grey EP, and In Search Of Solid Ground (released on September 8, 2009).

Several individual completed songs have also been included on various compilations. These include I Can Tell There Was an Accident Here Earlier on a compilation album entitled Music on the Brain, Volume 1, Bury Your Head on the Atticus compilation Atticus: Dragging The Lake 3, Mookie's Last Christmas from the A Santa Cause: It's a Punk Rock Christmas compilation, and a remake of their previously recorded song I Wanna Hear Another Fast Song called Sleepers from the Take Action! Volume 5 compilation.

The band has managed to gain large amounts of respect in the underground scene, only recently enjoying somewhat mainstream status with appearances on television shows such as "Steve's Untitled Rock Show" and radio play of their first single Voices off the new self-titled album.

There has been a discrepancy about whether Saosin is pronounced "SAY-oh-sin" or "Say-OH-shin". It was accepted by most to be pronounced either way, but former lead vocalist and founding member of Saosin, Anthony Green, offers his explanation on the official Saosin website's "SAOSIN FAQ":

"What does their name mean, and how is it pronounced?"
Thanks to nailed shut, here is a quote from former singer Anthony:
"It's pronounced SAY-OCEAN. And it's a Chinese proverb from the 15th and 16th centuries. It means 'small heart'. Fathers used to marry off their youngest sons for money and used to tell them that they weren't marrying for love, that their wife doesn't matter. She could die at anytime so don't get attached. They had to love with caution and raise their sons to be cold and unfeeling as well. I found it in the 8th grade and loved it, I used to name all my old bands that and write songs about it."
Also, "saosin" is actually spelt "xiao xin" in correct Chinese, and pronounced "shaow shin". It also means "be careful" in Chinese.
(added by ddgcreative: Just came back from a live show with Cove, the new lead singer... and they said, in front of a crowd of about 8,000 people, "we are say-o-sin", pronounced sin.)
(note by markobabic: The band's official stance on the issue is that both pronunciations can be considered correct, as it was really only Anthony who stuck by the pronunciation "Say-ocean". This was mentioned in review back in September, 2006 on absolutepunk.net (full interview can be found here).

Where are they from?
Chris is from "Crowntown" aka Corona, CA. Beau, Justin, and Alex are from Orange County, CA. Cove is from Vista, CA.

When did they form?
The most commonly-seen live line up didn't come together until about July 2003. The EP was recorded with a different lineup back in March 2003, with Anthony Green on vocals, Zach Kennedy on bass and Pat McGrath on drums. For their first show (June 19th at the showcase theater in Corona, CA) Chris was on bass, and Danny was on drums. Alex debuted on drums at the July 17th show, also at the showcase in Corona.

Along The Shadow (Deluxe Edition)

In Search Of Solid Ground