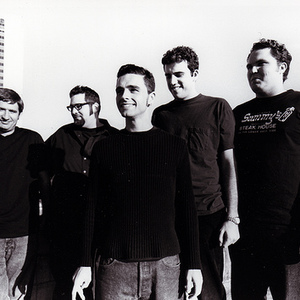 Further Seems Forever (often abbreviated FSF) is a rock band based in Pompano Beach, Florida, United States that formed after the breakup of the well established hardcore outfit, Strongarm, in 1998. FSF has often been labeled a "Christian band" due to their long association with Tooth & Nail Records and performances at festivals such as Cornerstone, yet members maintain that their lyrics are open to free interpretation.

The band also appeared on numerous compilation discs such as Emo Diaries Volume 4, Punk Goes Pop, A Santa Cause: Its a Punk Rock Christmas, and Rock Music: A Tribute to Weezer.

In late 2005, FSF went on a long hiatus. And in January 2006, the band posted a message on their website announcing that their shows in early 2006 through the United States and Canada would be their last as a band. During its existence, FSF gave more than a thousand performances. The individual band members proceeded to new jobs. There would be no new album project, but a compilation entitled Hope This Finds You Well was released by Tooth & Nail Records in April 2006. The band also indicated there would be a DVD release of videos and live performance scenes entitled "The Final Curtain". As of late 2010, it was announced the reunion of the band alongside the original singer, Chris Carrabba.

The name "Further Seems Forever" reflects the band's feelings, being constantly away from family and loved ones while on tour.

The Band Reunited and has planned a tour for 2011

How To Start A Fire

The Moon Is Down