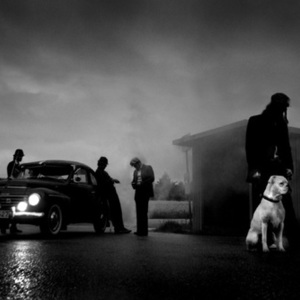 There are at least two bands called "Blindside". 1. Band from Stockholm, Sweden. 2. 90s Straight Edge Hardcore band from Pennsylvania, USA. Members went on to form Stillwater and Atari. 3. Band from Australia (1992 - 1995) that appeared on the Summershine label. 4. Straight Edge hardcore band from Belgium. 1. Blindside is a post-hardcore/alternative rock band from Stockholm. They formed in 1994 as "underFree" and kept that name for two years before releasing their debut EP in 1996.

1. Blindside is a post-hardcore/alternative rock band from Stockholm. They formed in 1994 as "underFree" and kept that name for two years before releasing their debut EP in 1996.

In 1997, Tooth And Nail Records got a hold of the EP and signed Blindside. The first album, which was self-titled (Blindside), was released to American audiences. This album had quite a raw, punk rock feel and was well-received by fans of P.O.D. and Mr. Bungle.

In 2000, A Thought Crushed My Mind was released. This album explored a harsher, more hardcore side than the band's debut, and vocalist/chief lyricist Christian Lindskog also voiced his pain of missing his wife, Elina, while touring. Due to lackluster sales of the two albums, it would be Blindside's final album for Solid State. P.O.D. began actively endorsing Blindside and signed them to Elektra Records under the imprint 3 Points.

2002 saw the release of Blindside's next album, Silence. It generated minor hits such as "Sleepwalking", "Pitiful" and "Caught a Glimpse". In 2003, they toured with Hoobastank to support the album. Some fans consider this their best work yet, as it perfectly meshes Christian's beautiful vocal melodies with the band's dramatic, crunchy instrumentation.

In 2004, About A Burning Fire was released. It has generated a minor hit in "All of Us". In late 2004, it was announced that Blindside was leaving Elektra Records per the band's request. This album showed the band toying with their diversity, as they threw in techno elements in "Where The Sun Never Dies" and yodeling Swedish vocals in the ethereal "Shekina". "Shekina" was used on WWE DVD Cheating Death, Stealing Life - The Eddie Guerrero Story.

In 2003, the Warner Music Group was sold to private investors, and employees lost jobs as a result. Therefore, the label couldn't support them anymore. Thankfully the Blindside Union and P.O.D. Warriors are doing more than enough to help out. Blindside sold out five of the shows they headlined in 2004.

In 2005, Blindside re-released their first two albums, with bonus tracks added on to them, with new cover art. A DVD, entitled Ten Years Running Blind, was released on June 21, 2005 and a new album, The Great Depression, was released August 2 2005.

The Great Depression saw Blindside experimenting with many more genres than they previously had. Many jazzy elements were incorporated, such as in the spiritually uplifting "My Alibi" and the dreamy, ethereal "City Lights". A couple guest vocalists were even incorporated, namely Ilkka from Benea Reach, a Norwegian metalcore band. Ilkka's vocals dueled Christian Lindskog's in "Come to Rest". J. Jamte also did work on the comforting ballad "You Must Be Bleeding Under Your Eyelids". Many fans consider The Great Depression the band's most experimental work to date.

Blindside parted ways with their record company in 2007 and released a new EP, The Black Rose EP, on June 27, 2007. The EP was an independent release available only as a download from the band's website. It contains 8 songs, 5 brand new recordings plus 3 live tracks recorded at the 'Hultsfred Festival' in Sweden in 2006.

Currently Blindside is working on a recording contract with a new label and is hoping to release The Black Rose EP to wider US distribution in the near future.

With Shivering Hearts We Wait

About A Burning Fire

A Thought Crushed My Mind

Give Me A Reason (MCD)