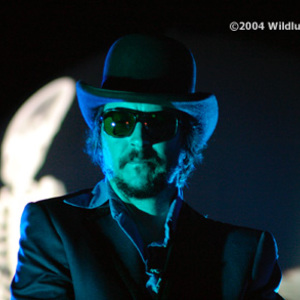 Leslie Edward "Les" Claypool is a bassist and lead singer, best known for his work with the musical group Primus. Born on September 29, 1963, in Richmond, California, Claypool's mastery of the electric bass has brought him into the spotlight with his funky, creative playing style. Though he cites bass virtuoso Geddy Lee of Rush and the experimental group The Residents as his greatest influences, Claypool is known to use various styles in his playing, Claypool mixes finger-tapping, flamenco-like strumming, and a Larry Graham-like slap technique to develop his own unique style.

Claypool has earned respect as one of Rock's premier bass talents and has become an influence on younger bassists in recent years. He has played with other artists such as Tom Waits and Buckethead.and is also a member of the group sausage.

He is a founding member of Primus and formed a trio named Oysterhead with Trey Anastasio and Stewart Copeland.

Of Fungi And Foe

Of Whales And Woe