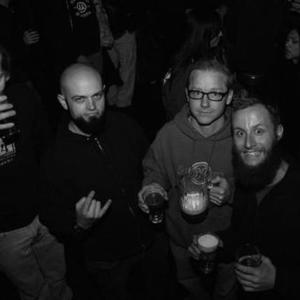 "...The unholy union of Sleep and Molly Hatchet....Trading in ominous heaviness for punk's buzz-saw melodicism couched in metallic sound structures, WORKHORSE has managed to jump out of the rut of many of its peers. Instead of the dour stoicism of metal guys who mimic the faces favored by the gods of thunder, this band smiles on stage. Oh, sure singer / guitarist Randy Olinger sounds like he gargles with a low molar solution of sulfuric acid in the morning, and lead guitarist Jay Ditchen bears an uncanny resemblance to David Cross, right down to the goofy grin.

But they both play their cutting, subtly innovative hard rock as though they're having fun doing it. Maybe WORKHORSE is a bit of a misnomer, because these guys sure look like they're having a blast." -Tom Murphy, Westword / Critic's Choice

In the Future Mixtape Volume 2