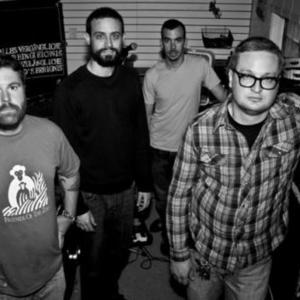 Coalesce is a Kansas City based hardcore/metal band. Their music is characterized by strange shifting tempos, noise, groove, and boundless creativity paralleled only by the band's peers in groups like The Dillinger Escape Plan and Botch. The band began in January of 1994 and originally consisted of Jes Steineger (guitar), Stacy Hilt (bass) and Jim Redd (drums). During this time they played under the name Breach, however, when Sean Ingram joined as a vocalist later in the year, the members opted to change their name to Coalesce.

The band began in January of 1994 and originally consisted of Jes Steineger (guitar), Stacy Hilt (bass) and Jim Redd (drums). During this time they played under the name Breach, however, when Sean Ingram joined as a vocalist later in the year, the members opted to change their name to Coalesce.

With their name and lineup solidified, Coalesce entered West End Studios to record a demo which was pressed to a 7" EP that rapidly sold out.

The UK division of Earache Records was so impressed by the unique and innovative sound featured on Coalesce's demo that they invited the band to record an EP for Earache's 7" series imprint, 'New Chapter'. The EP, simply titled '002', was recorded in one day and released in 1995. 002 marked the beginning of Coalesce's relationship with Red House Studios and producer Ed Rose, who would go on to produce almost all of Coalesce's later material.

In 1995, Coalesce embarked on their first US tour in support of Bloodlet and 108. When the band returned home from the road, a blowup between Redd and Ingram resulted in Coalesce disbanding in early 1996.

In the summer of 1996, guitarist Jes Steineger contacted Ingram and the two decided to reform the band. Stacy Hilt was included in the reunion, resuming his bass duties, and the drum position was delegated to James DeWees. (original drummer Jim Redd decided not to pick up the drum sticks again because he was attending school in Baltimore) This incarnation of the band put out A Safe Place 7" on Edison Recordings and their Earache-distributed split EP with Napalm Death, 'In Tongues We Speak'.

In 1997, Coalesce wrote and recorded their first full length, 'Give Them Rope' (Edison Recordings), as well as songs for several compilations and split 7" records with The Get Up Kids, Today is the Day, and Converge.

After a few weeks playing the new songs on tour, Coalesce entered Red House Studios in the spring of 1998 to record the album Functioning on Impatience (in 3 days). Shortly afterwards, Coalesce recorded songs for a split 7" with Boy Sets Fire. Both the full-length and the split record were released that summer. It was during this period that bassist Stacy Hilt made his departure and was summarily replaced by Nathan Ellis.

Coalesce once again entered Red House to record the album There is Nothing New Under the Sun, a one-off release on Hydra Head comprised of Led Zeppelin covers, which was released in the autumn of '98.

During their hiatus, the members recorded their final album, '012:Revolution in Just Listening' in separate sessions. Coalesce reformed in 2002 sans Jes Steineger, replacing him with The Esoteric guitarist, Cory White, for a national tour and a few recordings.

The band played what they advertised as their 'final show' in Lawrence, Kansas in September of 2005.

In 2007 the reformed Coalesce 7" entitled Salt and Passage with the intention of eventually touring and releasing a full length.

Coalesce's latest full-length record Ox features 14 songs and was released on June 9 (North America) and June 15 (international) on Relapse Records. The band is planning to do a two week headlining tour of Europe. In addition, the band recently completed the Ox EP which will be released later in the year.

There Is Nothing New Under The Sun (Reissue)

Give Them Rope She Said (Reissue)

There Is Nothing New Under The Sun