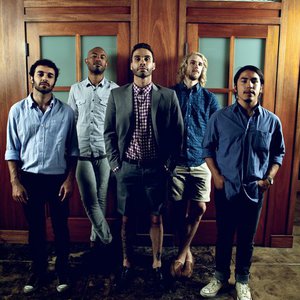 letlive. is a Progressive post-hardcore band formed in Los Angeles, CA in 2002. They have released three albums, the latest of which, Fake History, was recently re-released under Epitaph Records and has propelled them to the forefront of the hardcore scene, being called "a post-hardcore album fit for many of 2010's best-of lists" and representing "their exhilarating brand of progressive hardcore".

letlive is also notorious for their very intense live shows in which vocalist Jason Butler involves the whole audience in his antics and raw vocals. letlive.'s Jason Butler also won Kerrang's award for "Greatest Rockstar In The World" in 2011 which has helped gain the band more mainstream attention.

Exhaustion, Salt Water, and Everything In Between