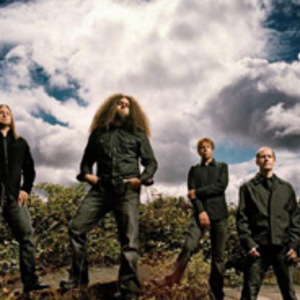 Coheed and Cambria is an American rock band from Nyack, New York. Formed in 2001, the group incorporates aspects of progressive rock, punk rock, metal and post-hardcore. All of Coheed and Cambria's albums are concept albums that reveal a science fiction storyline called The Amory Wars, a story written by lead singer Claudio Sanchez, which has been transcribed into a series of comic books, as well as a full length novel.

The band has released five studio albums, three live albums, and several special-edition releases. In 2008, the band held a four-day concert series, Neverender, during which they played their first four studio albums in succession. Their fifth studio album, Year Of The Black Rainbow, which is a prequel to the series, was released on April 13, 2010.

Vaxis II: A Window Of The Waking Mind

The Color Before The Sun

The Essential Coheed And Cambria CD2

The Essential Coheed And Cambria CD1