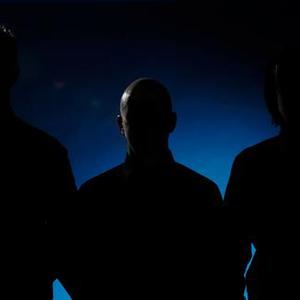 AMPLIFIER October 2011 With a sound that draws as much from post-rock's modernity as it does from the classic space rock grooves of the past, Amplifier's resurgence into the music scene with 2011's ?The Octopus' was not just a celebratory success story of sticking it to ?the man', but testament to the dogged determination that drives this unique Mancunian trio ever onwards. In the near 14 years of their existence...

With a sound that draws as much from post-rock's modernity as it does from the classic space rock grooves of the past, Amplifier's resurgence into the music scene with 2011's ?The Octopus' was not just a celebratory success story of sticking it to ?the man', but testament to the dogged determination that drives this unique Mancunian trio ever onwards. In the near 14 years of their existence, Amplifier have suffered from more than their fair share of the kind of pitfalls that the music industry can throw at a band, defiantly stuck two fingers up to the perceived manner of doing business and set about creating their own music for themselves and their fans. For an alternative band unafraid to toy with rock conventions, it was a steadfastly punk rock way of doing their own business.

Then again, there has always been something special that sets Amplifier apart. I first crossed paths with the band within months of them forming in 1998, and even then the stand-out song of their early sets was a song called Motorhead. Not the Lemmy-penned song of the same name, but their own dizzying space/prog/metal/alternative anthem that still crops up in their live set today. A youthful display of the unyielding belief that has fired Sel Balamir, Neil Mahony and Matt Brobin (the same trio who make up Amplifier today) to the point where they can dictate their career on their own terms.

Initially, Amplifier secured a deal with the classic label Music For Nations, who released the band's incredibly well received self-titled debut album in 2004. Within weeks, the label had been bought out by the larger Sony/BMG corporation who deemed the likes of Amplifier surplus to requirements. Undaunted, the band secured the rights to ?Amplifier' and set about a new deal with German label SPV. For them, Amplifier recorded the ?The Astronaut Dismantles HAL' EP in 2005 and second full-length album ?Insider'. SPV went bust. If this actually sounds a bit like the building of Camelot sketch from Monty Python's Holy Grail movie, then that's because it's a pretty good description of the machinations of the music industry that have, in 2011, pretty much brought it to its collective knees.

Amplifier, however, are made of sterner stuff. ?At that point we decided ?Fuck it, we'll just go back to being how we were before we even had a record deal',? Balamir told me when The Octopus was released. And that's exactly what the band have done. Taking control of every facet of their career, they answer to no one but themselves and their fans. The results have been nothing short of spectacular.

?The Octopus', a gargantuan, spellbinding two-album journey sets Amplifier up as forerunners of a new approach in alt/progressive music. Ditching the stereotypical and often parodied sprawling excess of the past, but retaining a prodigious talent and a refusal to be bowed by perceived convention, they forge not just a new path for themselves, but spearhead an approach which has seen alt/progressive music have a vibrant new life breathed into it.

If truth be told, Amplifier in 2011 are as exciting a prospect as they were when I first clapped eyes and ears on them back in 1998. The reason being that all the same qualities that made them such an attractive proposition back then hold true today. To have persevered in the face of adversity and hold true to your own ideals is not a trait to be sniffed at. The world remains their proverbial oyster. This time around watch them grab it with style.