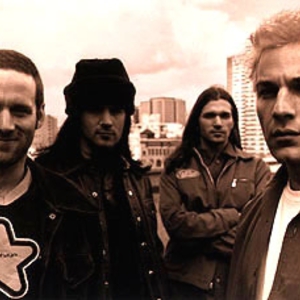 I Mother Earth, or IME, is a Canadian alternative rock band founded in 1991 in Toronto. They found moderate success in the mid-to-late 1990s. After touring for their most successful album, Scenery and Fish, lead singer Edwin left the band. In interviews, founding brothers Christian and Jagori Tanna claimed that they had always written the music and lyrics themselves, and that Edwin was merely a hired singer. He went on to be mildly successful as a solo artist. The band itself ended up in bitter disputes with both their label and the band's management, and subsequently broke ties with both.

Edwin was replaced by Brian Byrne, a friend of the band's drum tech. The band released its album Blue Green Orange in summer 1999 to mixed reviews but was still regarded as a successful transition by fans. The band took a short break after Brian suffered torn vocal chords, which delayed the next album's recording. In the fall of 2002, they released a song, "Juicy", for the xXx soundtrack and followed up with The Quicksilver Meat Dream in April 2004. Considered one of Dream Theater drummer, Mike Portnoy's favorite albums of the year, the album had a more prog rock feel to it.

The current lineup consists of Brian Byrne (vocals), Bruce Gordon (bass), Christian Tanna (drums), and Jagori Tanna (guitar). The members are currently at work on other projects while on a self-described "hiatus". Brian released a solo album, Tuesdays, Thursdays and If It Rains in 2006 and is enjoying the commercial success of its release. Jag and Christian started their own record label, Upper Left Side Productions. Bruce Gordon performed as a musician with the Toronto production of the Blue Man Group.

Earth, Sky And Everything In Between