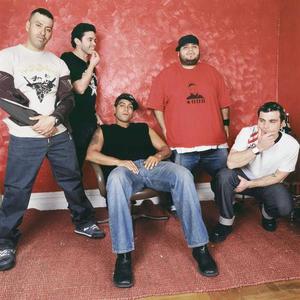 Formed in 1992, the band originally consisted of Donny on guitar, Spec on bass, Dose on drums, and their two MCs Sense and Season. Within two years the band had a record deal with Mercury Records and released a live EP (recorded in Queens, Respect) in 1994, with their debut full length Jammin' in Vicious Environments (J.I.V.E.) released a year later (on vinyl and cd). In support of their album, Shootyz Groove toured with many acts on both ends of their musical spectrum, including Slayer, Boogie Down Productions, and 311.

By 1995 the band's bassist Spec had left the band, they were off of Mercury Records and they released their hard-to-find live album, Live J.I.V.E. After acquiring a new bass player, Paul "Freak Love" and thanks to frequent touring, the band was picked up by Roadrunner Records. In 1997 they released their Roadrunner Records debut, Hipnosis. Shootyz Groove then moved to Reprise Records and resurfaced two years later with High Definition and gained popularity with single "L Train". Shootyz Groove split after this album but have reformed in 2004. They have released a demo of "Heard That All Before" taken from their forthcoming, untitled album on their website. In early versions of iTunes, "L Train" was bundled.