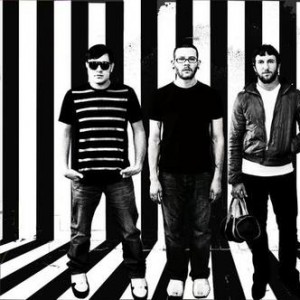 Chronic Future is a band from Scottsdale, Arizona that has a unique style which can be described as a pop/rap/rock mix. They can also be classified as rapcore. They first started around the age of 13. With their self-titled album, they made a name for themselves. Their fanbase grew to a healthy size with their hit "Scottsdale". A few years later they released "4 Elements". They signed to interscope in 2004. They released their third album and first major label debut, "Lines In My Face".

In 2006 they released a collaboration album, "This And Of That", which can only be bought through their website. Recently, they've released their new EP "Modern Art".

Lines In My Face