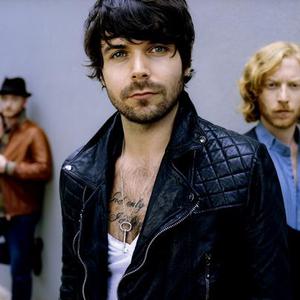 Biffy, as they are often referred to, utilise a quiet/loud dynamic, constructing songs that can range from a whisper-quiet pick on the guitar, to huge walls of noise with massive distortion and crashing drums. Their sound has simplified somewhat in recent times yet still occasionally contains complex time signatures and heavy riffs. While Simon Neil sings lead, all three members provide vocals. "'mon the biffy!" is a well known chant amongst Biffy fans; it is usually shouted in between songs at gigs, or before the band come on stage. Some fans have reacted poorly to the band's recent output.

The first incarnation of what would eventually become Biffy Clyro was formed in 1995 by fifteen-year-old Irvine-born, Ayr-raised guitarist Simon Neil, who recruited Kilmarnock-born Ben Johnston and someone known only as Barry on drums and bass respectively, calling themselves Screwfish. Barry was soon replaced by James Johnston, Ben's twin brother, and the three spent the next two years rehearsing, writing and covering songs. In 1997, they played their first gig as the support for a band called Pink Kross at a local youth centre. The trio then moved to Glasgow, where Neil went to the University of Glasgow and the Johnston twins went to Stow College, studying Electronics with Music and Audio Engineering respectively.They then progressed onto the bigger stage

After playing gigs around Glasgow and receiving positive and enthusiastic reactions from the audiences, the band were spotted by Dee Bahl, who soon became their manager. Bahl offered them a chance to release an independent single on Aereogramme's Babi Yaga record label. "Iname" was released on 28 June 1999, and led to the band being chosen by Stow College's Electric Honey record label to release a record. thekidswhopoptodaywillrocktomorrow... was released on 13 June 2000, and after hearing it, BBC Radio Scotland DJ Vic Galloway gave the band airplay. A few days prior to the release of thekidswho..., the band were spotted at the Unsigned Bands stage at T in the Park 2000 by a Beggars Banquet representative. Soon after, the band was signed to the independent Beggar's Banquet, and on 30 October 2000, they re-recorded and released the single, "27", which became Kerrang!'s Single Of The Week.

On 1 October 2001, one of the songs from thekidswho... was re-recorded and released as a single, "Justboy". This was repeated on 4 February 2002, when the song "57" was released. On 11 March, the band's debut album, Blackened Sky, was released to generally positive reviews. It was around this time that the band began touring extensively, including being the support for Weezer on 20 March at the Barrowlands in Glasgow. On 15 July, the fourth single from the album, "Joy.Discovery.Invention" was released as a double A-side with a newly recorded song, entitled "Toys, Toys, Toys, Choke, Toys, Toys, Toys", which later appeared on The Vertigo of Bliss.

In 2003, the band retreated to the Linford Manor recording studio in Great Linford, Milton Keynes, England to record the follow-up to Blackened Sky. On 24 March, a new single was released entitled, "The Ideal Height", followed by another new single entitled "Questions And Answers" on 28 May. The band's second album, The Vertigo of Bliss was released on 16 June, to positive reviews, which focused on the more experimental style of the album in comparison to Blackened Sky, as well as the introduction of string sections.

In 2004, after touring relentlessly for The Vertigo of Bliss, the band retreated to Monnow Valley Studios in Monmouth, Wales to record a follow-up. As with the previous album, two singles were released before the actual album; "Glitter and Trauma" and "My Recovery Injection" on 9 August and 20 September, respectively. A digital download was also released; "There's No Such Thing as a Jaggy Snake", on 31 May. On 4 October, the band's third album, Infinity Land was released, and on 14 February 2005, the last single from the album, "Only One Word Comes to Mind" was released. On 16 February, the band performed a cover of Franz Ferdinand's "Take Me Out" live from Maida Vale on Zane Lowe's BBC Radio 1 show. Simon Neil's side project, Marmaduke Duke, also released an album in 2005, The Magnificent Duke, and toured the UK, along with the Johnston twins accompanying on bass and drums, for it.

In 2006, Biffy Clyro left Beggars Banquet and signed a deal with 14th Floor, an offshoot of Warner Bros. In June, the band contributed a cover of Weezer's "Buddy Holly" to Kerrang!'s High Voltage!: A Brief History of Rock, which came free with Issue #1110 of the magazine. In September, the band moved temporarily to Canada to record their fourth album at The Warehouse Studio in Vancouver, and The Farm Studio in Gibsons, which they finished doing in November. The song "semi-mental" was released as a digital download on 25 December. In 2007, the song "Saturday Superhouse" was released on 14 May, where it reached #13 on the UK Singles Chart; the band's highest single chart position to date. On 14 May, the song "Living Is A Problem Because Everything Dies" was released, reaching #19 on the UK Singles Charts. On 21 May, Biffy were confirmed for T in the Park 2007, as well as being announced as one of the support bands for the 17 June gig at the new Wembley Stadium for Muse. On 1 June, Biffy were confirmed for Glastonbury 2007. On 4 June, Puzzle was released to critical acclaim, and eventually helped the band to reach their highest UK Albums Chart position ever, reaching #2 in the first week of release. On 6 June it was announced that Biffy were to support The Who at Marlay Park in Ireland. On 12 June, it was announced that "Folding Stars" was released as a single on July 16. On the 23rd of August 2007, Biffy Clyro were announced as the support act for the Red Hot Chilli Peppers at Hampden Stadium in Glasgow, for the Stadium Arcadium tour.

The Myth Of The Happily Ever After

A Celebration Of Endings