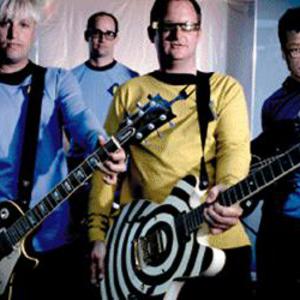 Nerf Herder is a punk rock band formed in 1994. They describe themselves as a "nerd rock" band although their website also describes them as "Nerdcore," which is obvious from even the band's name, stemming from a famous line in Star Wars: Episode V: The Empire Strikes Back, 'Why you stuck-up, half-witted, scruffy-looking nerf herder!.' The band first got national airplay in the US for their song "Van Halen", a parody tribute to the band of the same name.

Perhaps their best-known piece is the theme tune for the television series Buffy the Vampire Slayer. The song "Chewbacca (What a Wookie)" has often been incorrectly credited to Nerf Herder (it was actually performed by Supernova on the Clerks. soundtrack).

Some of their songs that get significant college radio airplay include: "Sorry", "Pantera Fans In Love", "Pervert", "Courtney", and "5000 Ways To Die".

How To Meet Girls