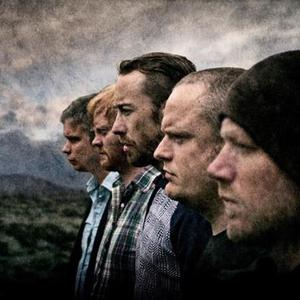 Oceansize were a British band who combined heavy rock with several progressive/experimental elements. They formed in 1998, and funded themselves through various jobs including writing music for arcade games and building/repairing helicopters. At the start of 2001 they were named 'Best Unsigned Band in Manchester' by the Manchester Evening News. The A Very Still Movement EP was released that August, and the band enjoyed support slots with the likes of Elbow, Lift to Experience, and The Cooper Temple Clause and in March 2002 were asked to open the BPI stage at the SxSW festival in Austin...

In June 2002 Oceansize secured a contract with Beggars Banquet Records; their first release was the Relapse EP in October 2002 followed by another EP, One Day All This Could Be Yours and the single Remember Where You Are.

In September 2003 Oceansize released their debut album Effloresce and set off on their first European tour supporting Aereogramme. In 2004 they released the Catalyst single and a video directed by Mark Thomas and Michael England of the Soup Collective.

After extensive touring around the UK, Europe and USA, Oceansize retreated to their rehearsal studio to commence the writing of another EP, Music For Nurses and their second album Everyone Into Position. During the promotional tour for this album (2005 and 2006), they did some gigs as a support for Porcupine Tree in Europe.

Their third album Frames was released on October 1st 2007, and features the single 'Unfamiliar'. The album sees the band continue to experiment with song structures and experiment with more instrumentation, including piano and strings.

In 2009 Oceansize played three highly anticipated, sold out, 10 Year Anniversary shows, one for each album. They also supported Porcupine Tree at the O2 and The Smashing Pumpkins at the 02 Arena.

The 10 Year Anniversary shows have been released as a limited edition 7-disc CD/DVD boxset, titled 'Feed To Feed', featuring each concert in full.

In late 2009 they also release an EP titled Home & Minor which is "a collection of our more 'settled' numbers. More reserved, with not a distortion pedal in sight" as was stated on the band's MySpace.

In September 2010 Oceansize released thier 4th studio album ' Self Preserved While The Bodies Float Up'. Several of the songs on the album were previewed at gigs earlier in the year, many under working titles. The album features mostly shorter songs than thier previous material.

On February 25th 2011, band frontman Mike Vennart announced that Oceansize has split up by posting the news on the band's official site, as well as their Facebook and Twitter accounts.

Self Preserved While The Bodies Float Up