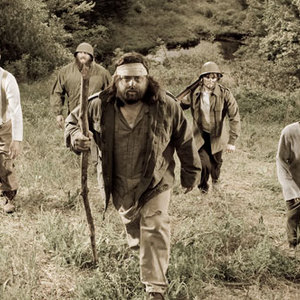 The Dear Hunter is the full-time progressive rock project of Casey Crescenzo, formerly of post-hardcore band The Receiving End Of Sirens. The band got its name from the lead character of the story that he wrote to go along with the music. The sound is unlike that of Casey's former band, with musical roots deep-set in the progressive rock genre and utilizing a wider variety of instrumentation. The band began as a side project of Casey Crescenzo when he was full time member of the Boston, Massachusetts band The Receiving End of Sirens.

In May 2006, Casey left The Receiving End of Sirens and began work on The Dear Hunter's first studio album. He expanded the scope of the project to a six-album story set at the dawn of the 20th century about the birth, life, and abrupt death of a boy, known only in the story as "The Dear Hunter." In a 2007 interview with music website Absolutepunk.net, Casey stated that he already has the overall story of The Dear Hunter mapped out, with each act in 1-3 page treatments. Casey produced and recorded the EP by himself with only of the help of his brother on drums and mother on backing vocals. Act I: The Lake South, The River North was released in September 2006 on Triple Crown Records.

Shortly after the EP's release, Casey recruited Luke Dent of the recently split band Faraway for vocals and keyboards and Erick Serna as a second guitarist. Luke brought in his brother Sam Dent on drums and Erick brought long-time friend Josh Rheault in to play bass. The complete band entered the studio in late 2006 to record the follow-up to Act I. Recording finished in early 2007.

Act II: The Meaning of, and All Things Regarding Ms. Leading was released May 22, 2007, only eight months after the band's previous release.

The band recently finished filming a music video for the song The Church And The Dime. They have also announced that they are currently working on nine albums, each of which is inspired by a different color of the visible spectrum (red, orange, yellow, green, blue, indigo, and violet), with black and white added as bookends. They will include many guest appearances, and will span many different genres of music. Casey has said that the band's main focus will still be the Act albums and music, but that each of the color albums will be from 30 to 60 minutes in length.

A book based on the story of Act II is currently in the works. Artist Kent St. John was selected to do the illustrations, the progress of which can be seen on his blog.

Prior to a string of dates with Circa Survive, Josh Rheault and brothers Sam and Luke Dent all left the band. Temporary replacements for the November tour dates included Cliff Sarcona and Julio Tavarez of As Tall As Lions and Andy Wildrick of The Junior Varsity. Wildrick would later join the band as a permanent member, along with Sagan Jacobson of Crown Atlantic on bass and Casey's brother Nick Crescenzo on drums.

The band embarked on their first headlining tour in mid-2008 with Lydia, Eye Alaska, and You, Me, and Everyone We Know. After the tour, the band entered the studio to record Act III, which will be released on June 23. The new album which will be titled Act III: Life and Death will have 14 tracks.

The band will embark on a summer tour with mewithoutYou on June 8th through July 11th.

In 2010, the band moved to Temecula, California.

The Fox And The Hunt

All Is As All Should Be

Act V: Hymns with the Devil in Confessional