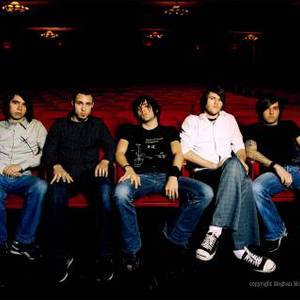 Yesterdays Rising formed in 2002 and self-released their first EP (Ship of Relations) in 2003. The group signed to Fearless Records in 2004 and released a second EP (When We Speak, We Breathe) following it up with a run on the Vans Warped Tour 2004.[1] With all of them being freshly out of high school, they were said to have been one of the youngest bands to ever travel with the Warped Tour. The following year the band released a full length record on Fearless Records (Lightworker) . The album was released while on the 2-month-long Warped Tour 2005.

After that, they made many trips around the U.S. and Canada. In early 2006 they toured in Japan for the Japanese release of their full length (Lightworker). In April 2007 drummer Jamie Ethridge left the band and was replaced by Ryan Magdaleno. Around the same time the group parted ways with Fearless Records and began writing in preparation for a new album. In May and June 2008 Yesterdays Rising tracked 3 new songs "The Art of Fear", "Labyrinth", and "The Alarm" with producer Aaron Edwards. These 3 songs were mixed by producer Beau Burchell from Saosin.