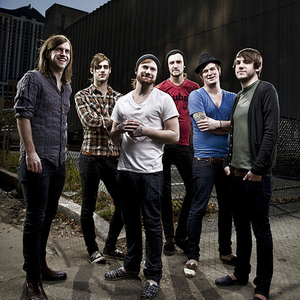 Emarosa is a post-hardcore band hailing from Lexington, Kentucky, United States. Formed in 2007, they released their first EP titled This Is Your Way Out. The band released their debut album in 2008, titled Relativity, which featured new vocalist Jonny Craig from Dance Gavin Dance. Their follow up self-titled album was produced and recorded by Brian McTernan at Salad Days Studio in Baltimore, MD, and released in June 2010.

On April 11, 2011, Alternative Press announced that Craig had been kicked out of Emarosa. The band stated that "as of today, Jonny Craig is no longer a member of Emarosa. This decision has been a hard one to make, but we feel it is in the best interest for the band going forward." Tides of Man vocalist, Tilian Pearson is currently a touring member for the band filling in for Craig. According to an Alternative Press interview with the band, their ideal vocalist would not be like Craig tone-wise. "We're not looking for Jonny Craig 2.0. We just want to find someone who can bring something unique to the band," stated Stewart.

This Is Your Way Out