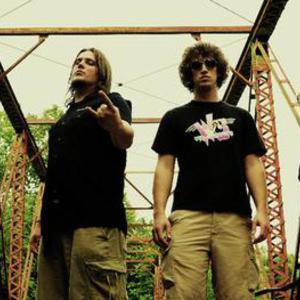 Asheville, North Carolina. In the very heart of the Blue Ridge Mountains a potent brew has been distilled out the finest Southern ingredients. In the year 2006 THE SIGN OF THE SOUTHERN CROSS emerge from their cask, where they have matured after blending each members' tastes for the melodic and fiery power of PANTERA and CORROSION OF CONFORMITY with the swamp flavored heaviness of DOWN and EYEHATEGOD.

Perfectly combing the aggressive attitude of their metal ancestry with the proud musical heritage of stump stomping songs of their folk fathers, their debut album ?Of Mountains and Moonshine? seeps with infectious riffs. Its powerful melodies are crowned by Seth Uldricks' soulful and deeply resonant vocals, which mark him as an outstanding singer in the best tradition of PANTERA. Not satisfied with obviously being the true heirs of their lost idols, these American youngsters are more than eager to carve their own ground out of original Southern Metal. ?Of Mountains and Moonshine? reflects that burning ambition in all of its sparkling facets and easily lives up to the high expectations that THE SIGN OF THE SOUTHERN CROSS have already created with their MySpace appearance, which quickly attracted an impressive following. Now is the time to join The Southern Cross Army on their destined road to become America's next monstrous Metal act!

Of Mountains and Moonshine